3 Windows Technologies that Improved our Productivity in 2014

It’s been a big year for cloud computing and Windows Phone, plus lots of excitement surrounding the Windows 10 Technical Preview. But as 2014 comes to an end, I’d like to share the top three technologies that helped me work better this year.

I’ve always been enthusiastic about automation and scripting, but PowerShell – a shell and scripting language that brings Windows up to par with Unix-based OSes – provides a means to administer and automate the OS that makes previous Windows command-line tools and VBScript look like a bad joke.

But it was Microsoft Azure that really pushed me to embrace PowerShell unreservedly, and more specifically Azure’s clunky and inconvenient web-based management portal, which is enough to drive a person crazy should they need to use it often.

Windows PowerShell is unarguably one of the most powerful Windows technologies of 2014. (Image: Microsoft)

PowerShell unleashes the potential of Azure, providing administrators with zero-touch service deployment, and automation of tedious administration tasks. While there is a learning curve involved, the rewards are great and change the value proposition of the cloud. Furthermore, once you’ve mastered the ability to manage your cloud infrastructure, you can use PowerShell to configure Windows Server and Azure’s SaaS offerings. Check out our PowerShell tutorials, aimed at beginners and advanced users, on the Petri IT Knowledgebase for lots of tutorials.

Until this year, I didn’t really get what all the fuss was about. I’ve been using Twitter for a few years, but only since I was forced to abandon TweetDeck, and then Hootsuite, have I been able to realize Twitter’s true potential.

Hootsuite was convenient for managing several social media accounts and scheduling posts, but the lack of Windows Phone client led me to look for an alternative, and according to the people in the know, Tweetium is where it’s at. While there are some advanced features missing, such as the ability to shorten URLs and schedule posts, Tweetium is a visually appealing touch-friendly app for Windows 8 and Windows Phone that allows you to quickly retweet posts, mute users and create feeds filtered by hash tag. 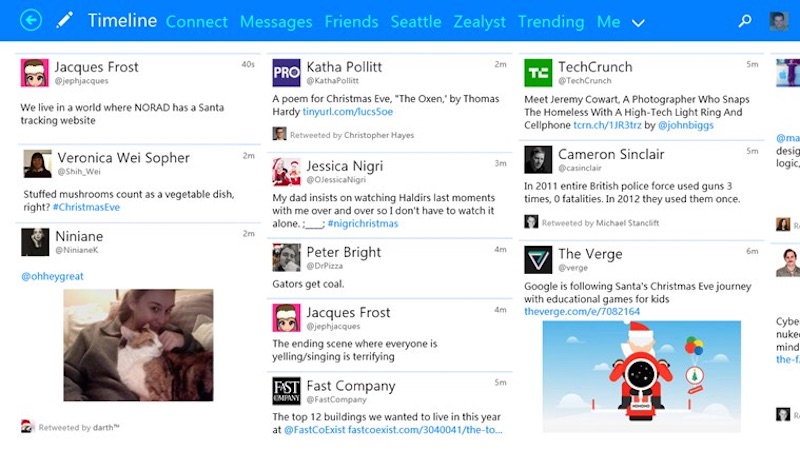 Tweetium’s clean interface, features and ease of use has led me to discover new ways to benefit from Twitter, and helped me to stay on top of important news, network, and keep me entertained all in one neat package. Tweetium for Windows Phone is in beta, but I’ve found it stable enough for daily use, while Tweetium for Windows 8 is available in the Windows Store.

Some in the technical community have given up on Windows Phone, and while I understand their frustration, much of this seems to be connected to US carriers failing to provide timely firmware updates for Lumia handsets, leaving users without new features that have long been available for the rest of us. As a European user I’ve had access to the Cyan firmware update since late summer, and Denim looks to be just around the corner in early 2015. 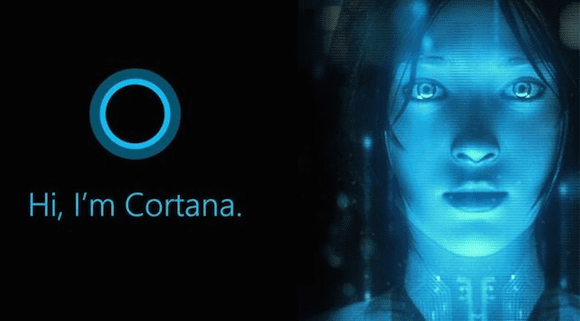 Cortana brought a new level of efficiency and productivity to Windows Phone users in 2014. (Image: Microsoft)

Cyan includes the Cortana beta, a personal assistant set to rival Apple’s Siri and Google Now. I initially wrote off Cortana as a gimmick, not something that would have any impact on my digital life. But after a few weeks, it became apparent that Cortana has lots of potential. My favorite feature is the location-based reminders, as I’ve always found time-based reminders to be ineffective in many scenarios. See How to Set Location-Based Reminders in Windows Phone 8.1 on the Petri IT Knowledge base for more information.

Cortana can connect to Facebook to pick up your likes and interests, providing information more relevant to you, track your email for flight details, and let you know if a traffic problem could make you late for a meeting. But probably the most exciting feature is Cortana’s ability to interact with third-party applications, such as Tweetium and Facebook, becoming a hub for search and performing tasks, like checking in.

Windows 10 will complete the Cortana puzzle, as there’s no reason why a personal assistant should be limited to handsets and tablets, and hopefully 2015 will see Cortana come out of beta and pick up support for more languages and locales.