The Biggest Threat To Microsoft’s Future is Artificial Intelligence

During the past decade, Microsoft has found a way to align itself to the future of the tech sector by building out a massive cloud infrastructure that the company calls Azure. In addition, by turning its software into a service model, the company has been able to dramatically change up its software business operations and has aligned itself well for the short-term future.

Sure, the company has not had a perfect record and they missed out in the mobile segment but of the large tech brands from the 90s, they are one of the few that are still around. And they are not simply still ‘around’ but they are relevant and create software used by billions of users around the globe.

This changing of strategy with software and building out the next generation of computing with the cloud will keep the company relevant and in the headlines but the next generation of computing is on the horizon and is likely the biggest threat to Microsoft’s long-term success. Artificial intelligence will not only change how and where compute happens but also the underlying structure of the technology that we use every day.

Today, Windows is the de facto operating system for the desktop and that brand is also carried over into enterprise operations with Windows Server. Then there are products like SQL Server that are a foundational component of the company’s cloud and baked into all of this is Active Directory for identity management. Yes, this dramatically simplifies the company’s software stack but in the near future, software stacks may become irrelevant.

Let me explain. We are just now starting to see the beginning of what AI can do and with machine learning capabilities increasing each hour, the day when AI is comparable to the human thought process and response patterns is quickly approaching reality.

Once AI is truly here, and I don’t mean compartmentalized portions like what Microsoft is bringing to SQL Server vNext, I mean true, general-purpose AI, every software stack today will be in jeopardy of being completely rewritten. 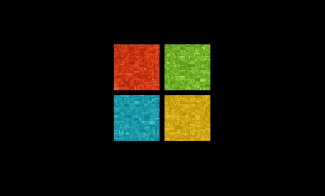 Up until now, humans (and all of our faults) have been responsible for each programming language created and while they are wonderful languages, they do have their own issues. But, once a computer is able to create the ‘perfect’ computer language and organization structure, this is what will become the great ‘reset’ in the computer science industry.

Microsoft has had a massive advantage this decade as being the pioneer of many technologies for creating data (Windows), storing data (SQL), and the list goes on and on. But when AI creates an entirely new language, creates the best storage schematics (is it relational or non-relational or something else), for companies like Microsoft, Google, Amazon, IBM, and others, the playing field is reset in terms of historical precedence.

Google last week showed how they are bringing some of this technology to consumers with Google Assistant, Home and their photos services. Microsoft has been investing heavily in this area as well; they are already using this technology in many of their cloud-based services.

But, it’s the birth of AI that poses the biggest risk to the Redmond-based organization. If Google or Facebook are able to unlock and bring to market the platform that can create the next generation of technology starting with the coding language, this will be a huge barrier to innovation for Microsoft as it’s believed that humans will not be able to build new coding languages that are more efficient or optimized than AI.

A computer can try every combination of every current language to learn the optimized path with the least amount of tradeoffs in a short amount of time for building applications and architecting new services. And if the current combinations are not ideal, it’s not hard to conceptualize that AI will one day write its own computing language that humans don’t understand to build perfectly efficient services.

It’s because of this that we see Microsoft and many other companies investing heavily in this area and every time a new startup shows potential in this segment, they are acquired quickly. AI will completely change the computing landscape once it arrives but it will not happen overnight and is very much an iterative process that will slowly materialize.

For Microsoft and others, investing in AI is investing in their own longevity as the first to fully unlock this computing treasure chest will own the future and be the one who defines the market much like Microsoft did in the 90s.