Cloud and Hyper-V Predictions for 2018 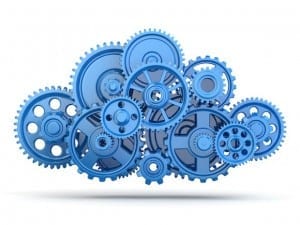 In this post, I will delve into the mists of the future to discover what will work and what will not in the world of Hyper-V and the Microsoft cloud in 2018.

Although Microsoft doesn’t share any information about the consumption of Azure, I am pretty sure that infrastructure (IaaS or infrastructure-as-a-service) dominates the resource utilization of Microsoft’s public cloud. This is based on:

In the last couple of months, I have started to notice a change in how Azure is being used by developers. The natural inclination is to attempt to do things in the cloud as they would have been done on-premises: deploy a machine with 8+ cores and load it up with RAM. That doesn’t work in the cloud because that legacy scale-up approach costs too much.
I think that the message of “digital transformation” is starting to creep into the consciousness of devs and IT pros. The cloud offers new ways of doing things, and if you use the new ways, you can reduce costs (sometimes). You can find many new opportunities to improve work practices and give better services and intelligence to the business. Simply moving old work practices and design patterns to the cloud doesn’t change anything, doesn’t give the business what it seeks, or what the C-Level has been briefed to expect by the likes of Microsoft’s account managers.
I have started my own “digital transformation”; I’ve been reading, doing labs, watching training videos on PaaS, and I even attended the PaaS track of a Microsoft-run architect boot camp. The knowledge I’ve learned and shared with customers has made a difference already and I don’t think I’m the only one. I’m already seeing some of my customer (MS Partners) who were locked into the server world realize that they need to make changes to survive or thrive in a serverless (or fewer servers) world.
In 2018, the understanding of what PaaS can offer will grow and terms like Service Fabric, Functions, and DTUs will become as common as NICs, storage, and virtual machines.

Containers Are the VDI of 2018

That’s one bold prediction out of the way, so now it’s time to anger a whole niche of IT. There’s no other way to say this, other than I think the hype about containers is overblown, or as some will call it, GartnerTech that gets all the headlines but only niche adoption.
Microsoft will strongly disagree with me. At Ignite, it was said that containers were the virtual machine of the next generation. Parts of Azure are even built on container technology. That’s great for systems such as Azure, but what about the rest of us?
Containers are a middle ground between virtual machines and PaaS. You can get rapid deployment of code into a container, which you cannot get with virtual machines but you don’t get the lock-in of PaaS. That’s the promise, anyway. Personally, I think this is a compromise that loses the best of virtual machines and the best of PaaS. Virtual machines are familiar, flexible, open, and easy to integrate with known solutions. PaaS is simple (it really is) and extremely fast to deploy with native integrations into other PaaS elements of a cloud. With containers, I always feel like we need some more gum, duct tape, or baling twine to make the things work.
Let me win you over this way, TicketMaster is a huge consumer of containers. Have you ever spent hours watching a progress wheel while trying to buy tickets from them for a big concert? Just how scalable or fast was that cloud deployment?
Containers, Docker, Kubernetes, Mesos, and all that jazz will continue to make lots of headlines. And like many niche technologies, these events will have big attendances. But few of us will use containers in production in 2018.

When the media talks about cloud, they’ll mention IBM, Google, AWS, and even Facebook, but they are loath to mention Microsoft. Office 365 is the big gorilla in the communications and collaboration part of the cloud and Azure is the firm number two in IaaS/PaaS. AWS might be ahead of Azure, but AWS had a 4-year headstart and Azure is closing in fast. Some estimates are saying that Azure is outselling AWS by 2:1 on new deals.
I have never logged into or used AWS, so I cannot comment personally on the service. What my customers have told me is that they found AWS difficult and confusing. The other thing that my customers tell me, even my customers that greatly dislike Microsoft, is that the cloud of choice for enterprise customers is Microsoft Azure.
Those previous Fortune 1000s that every service provider cherishes because of the monstrous IT consumption habits are what Amazon and Microsoft are really fighting over. The headlines talk about the Ubers, Netflixes, and Snapchats but they’re nothing compared to the big corporations that build our cars, move produce around the world, provide fuel, and run global finance. Those megabucks need the big IT spends and that’s where the cloud war will be won and lost.

Microsoft has a natural “in” with those customers. Microsoft’s sales organization has had relationships with those customers for 20+ years. These systems are built on Active Directory and Exchange/Office 365. Windows Server and SQL Server have been huge platforms for those enterprises. So it should not be a surprise that Microsoft is the cloud of choice for many.
Eventually, the media will realize this and Azure will finally start to get the recognition that it deserves.

All DevOps All The Time

I’ve noticed a trend in Microsoft-run events lately: DevOps.  It’s hard to go to a Microsoft event these days and not be inundated with CI/CD (continuous integration and continuous delivery). I like to look at job adverts in LinkedIn to see what’s going on in the industry and I’ve noticed a pattern. There are two types of IT pro/dev job now:

DevOps is full of open source products with funny names that sound to me like they require more effort to run than they might save. However, the companies using DevOps techniques seem to be big employers.
Microsoft is playing to this market because, well, they’re cloud consumers. They’re often big companies and Microsoft wants to convince them that Azure is the best place to do DevOps. That might mean that those that don’t use products with names like a superhero’s electronic butler or a Muppet might be bored there. But I think it’s a trend that will continue, not only at Microsoft events but at all tech events.

You’re probably thinking “I thought this post was supposed to include Hyper-V predictions”. It is supposed to and it does. My problem is that Hyper-V has become very quiet. A few little things made it into the 1709 releases of Windows Server and Windows 10 but they weren’t anything like what we’ve seen in the past “every 3-year” releases.
Microsoft has moved beyond the hypervisor and is thinking about the cloud, be it Azure Stack or Azure. Yes, both are powered by Hyper-V, but I am beginning to think that Microsoft believes that they’ve passed the difficult part of the climb to get an enterprise-ready or cloud-ready hypervisor. It is now focused on small/gradual amounts of improvements for any challenges that arise in the cloud.
The news on Hyper-V in 1803 and 1809 will probably be very small. The usual faces from the Hyper-V team weren’t even at Microsoft Ignite in 2017, with the booth being staffed by people outside of the product group, such as MVPs who are not even Microsoft employees!
Hyper-V is still my hypervisor of choice but I think I am, like many others, more focused on the huge Hyper-V clusters of Azure.

Cortana And The Curse of Zune

I normally like to add something outside of the Hyper-V/Azure space that has caught my attention. The Curse of Zune is how I refer to Microsoft’s habit of releasing something only to the USA or a select small number of countries. It’s a bad habit and it really winds me up when they’ll spend 30 minutes of a keynote talking about a Zune product/service/feature that 90 percent of its market will never be able to use. Furthermore, adoption even in the 10 percent will suck.
For example: Cortana. Microsoft’s digital assistant was released in April 2014. Since then, Cortana has been enabled in just 13 countries. Let me be clear on this. Cortana is not available if you use the correct regional settings on your Xbox One or Windows PC in 182 of the world’s countries.
Meanwhile, the Google assistant works everywhere, Siri is being rubbished everywhere and Amazon has just announced expanded support for Alexa to 80 additional countries. Sure, my country isn’t officially supported by Amazon but my Echos are still in control of my home’s lighting, play a big role in our music consumption, and will soon take control of the heating system. Meanwhile, Cortana is nothing more than a silent search button for me, which I never click by the way. However, I search (Bing suffers with the curse too) with Google and ask Alexa to do things for me all of the time.

I’ll close the loop now. If voice control and home automation are important things for Microsoft, then surely Cortana should, I don’t know, work in more than 13 countries. Microsoft could try but I’m guessing that worn out old excuses such as “licensing”, “linguistics”, and “we’re working on it”, will all be rolled out when they’re asked. Microsoft focuses Cortana on those few markets and my guess is that they’re focusing on the Fortune 1000. Here’s the thing though, the Fortune 1000 is international, so a solution that doesn’t work for most of an enterprise’s employees will not be adopted. This legacy laziness by Microsoft will cause issues, especially now that Amazon has announced Alexa for Business. That is surely going to be an arrow in Amazon’s cloud pitch to the enterprise?