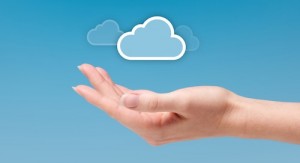 Microsoft and Cray have announced a partnership that will bring physical Cray supercomputers to the Azure cloud.

High-performance computing is one of the central services of a cloud such as Microsoft Azure. Virtual machines, such as the H-Series, were designed for this workload, offering high-performance processors, lots of memory, and fiber-based RDMA (Remote Direct Memory Access) networking running at 56Gbps. Other virtual machines, such as the NC-Series, use the power of NVIDIA chipsets to enable simulations, such as car crashes or chemical engineering to be efficiently offloaded to dedicated mathematics processing chipsets.
HPC has always been something that only large enterprises and universities did because it was just too expensive for everyone else. But the cloud lowered the entry point to offer HPC-on demand, enabling you to perform some calculation without spending millions of dollars on infrastructure. You will only pay for the resources that you used while you used them.
Microsoft’s commitment to this technology continues. The Redmond cloud giant has announced a successor to the NC-Series virtual machines, the NC_v2-Series, which will double the computation performance of its predecessors by using the NVIDIA Tesla P100 GPU and by adding Infiniband RDMA networking, similar to the H-Series machines. Microsoft has also acquired a company called Cycle Computing to simplify the deployment of HPC solutions.
Some customers always want more. When it comes to supercomputing, there’s no name like Cray!

Cray and Microsoft released a joint statement to announce the exclusive arrangement. Together, these companies will:

In other words, Cray’s brute horsepower will be added to Azure to offer customers faster and more powerful ways to do simulations, train artificial intelligence, and perform complex calculations. The arrangement should benefit both companies:

Microsoft says that customers will get access to physical Cray XC or CS machines running in the Azure cloud, side by side and integrated with its virtual cousins, big data storage (Azure Data Lake), the Microsoft AI (Machine Learning) platform, and more.

… different physical and virtual resources dynamically assigned and reassigned according to consumer demand.

These Cray machines aren’t even the first physical machines available to customers from Azure. Azure offers a range of SAP HANA Large Instances, which are physical blade servers running alongside a series of SAP application server virtual machines, via an ExpressRoute link.

For most of us, this is stuff is interesting but little else. However, for those potentially valuable pharmaceutical and oil/gas customers of both Microsoft and Cray, this announcement is probably a huge deal.