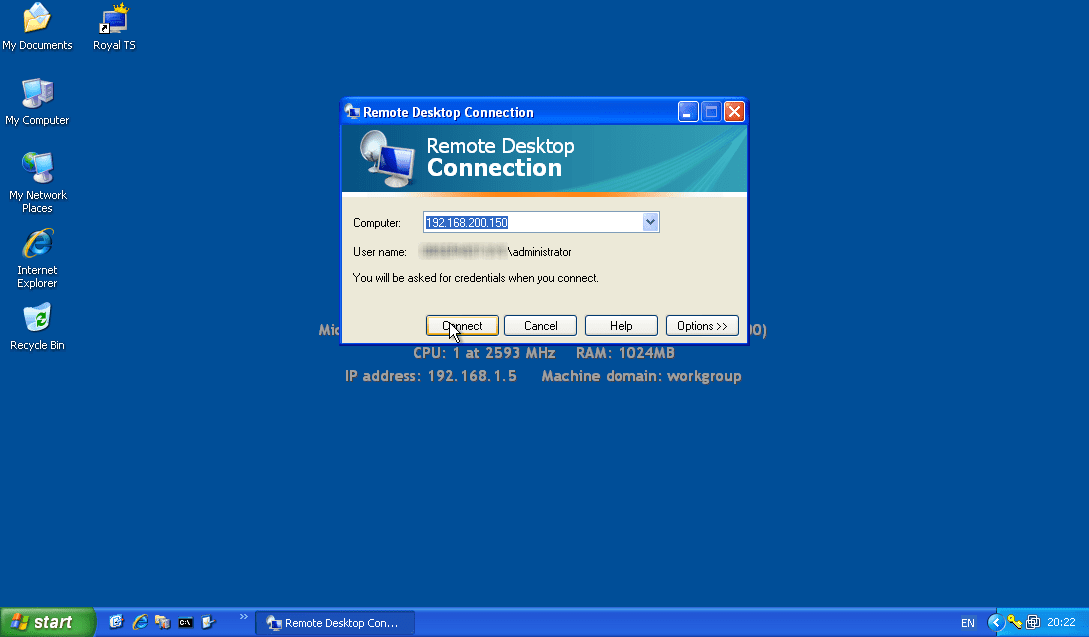 In previous version of Windows, the remote desktop client, mstsc.exe, used to have a yellow tab on top of the screen, viewable when using the RDP connection in full screen. This tab could be fixed to the top of the screen, or minimized when needed.
So far, so good.
Now imagine this: You’re using a Windows Server 2003 or Windows Server 2008, or even a Windows XP Pro machine as an RDP Gateway to other servers/computers on your network. This is a very common usage scenario for many organizations that need to enable remote administrators’ access to their internal servers, but do not want to enable RDP access to the entire set of internal computers. In addition, this scenario is useful for administrators that do not have VPN or SSL VPN infrastructure that allows them to connect to any computers that they need on the internal network.

This way, these administrators only enable RDP access to one external computer, which could be a Windows Server 2003 or Windows Server 2008, or even a Windows XP Pro machine. From there, the connected administrator opens another RDP connection to internal machines, performing an RDP-in-RDP session.
Now, the nasty part is that when doing an RDP-in-RDP session, the yellow RDP bar or tab sits one on top of the other, making it hard to minimize one screen instead of the other.
For example, I have an XP Pro machine that has a VPN connection to a specific client’s network. After connecting, I need to open an RDP session to a Windows Server 2008 machine at 192.168.200.150: 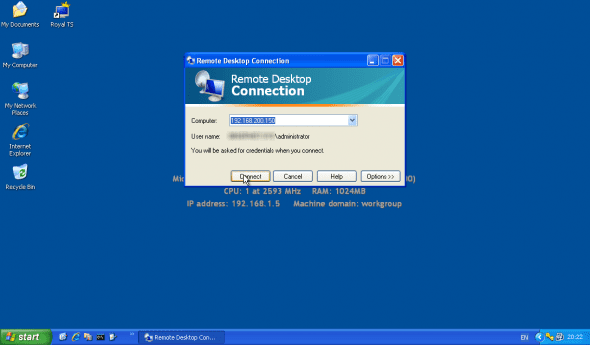 Once connected, I get the yellow RDP bar on top of the screen. 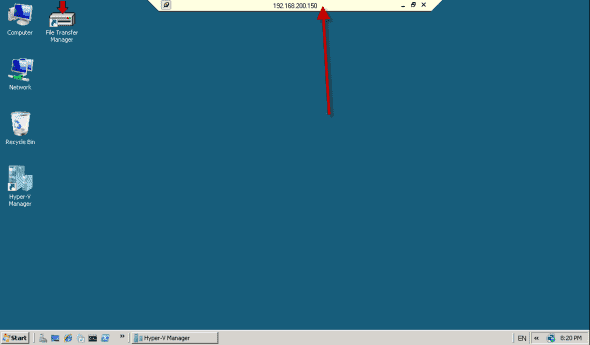 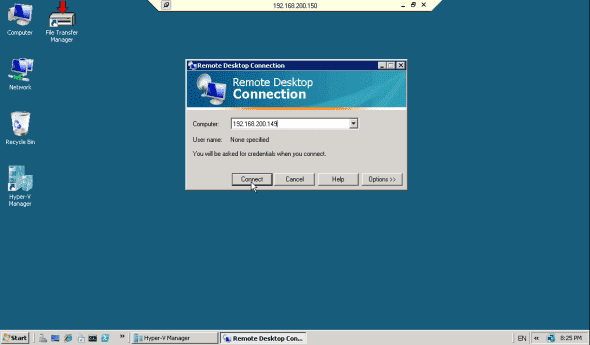 After connecting, the second RDP session, the RDP-in-RDP connection, gets another yellow tab, which “sits” right underneath the first tab. To make that bab go away you need to “unpin” it. 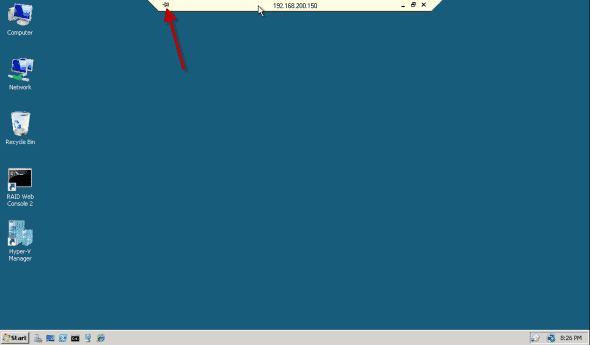 Only then you get to see the second RDP tab. 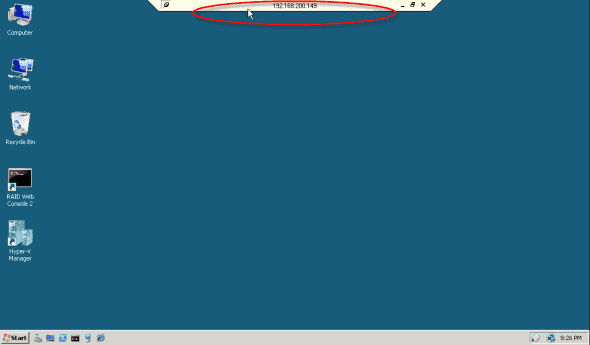 Nasty.
So what’s new in Windows 7/2008 R2?
The new bit is that the RDP tab is not only blue (wow!), but it can be easily dragged to any side of the screen, making it easy to see one tab on top of the other. I’m using a different set of computers for the next screenshots, but the basics are the same.
Afters creating my VPN connection to a network, I connect to a Windows Server 2008 R2 machine at 172.16.10.3. Note the blue tab on top.
From that machine, I open an RDP connection to an internal computer. 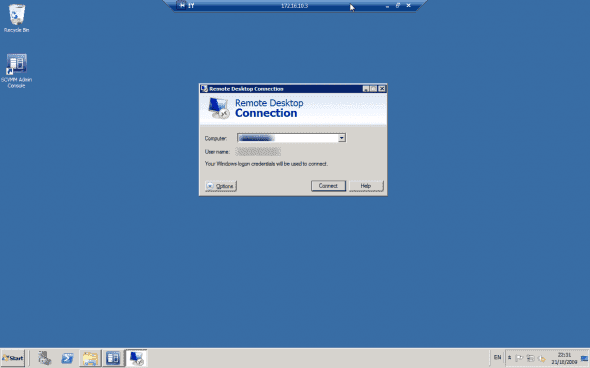 When connected, the RDP screen can be resized, and of course be made into a full screen connection. 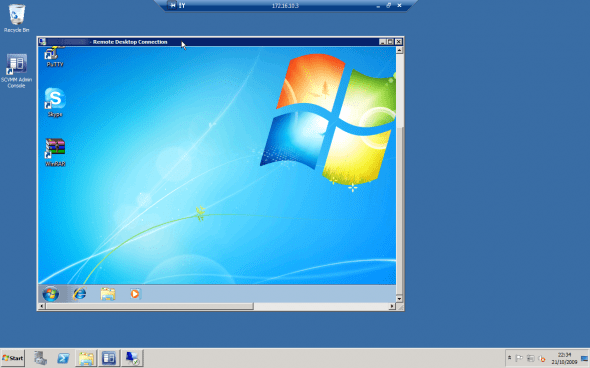 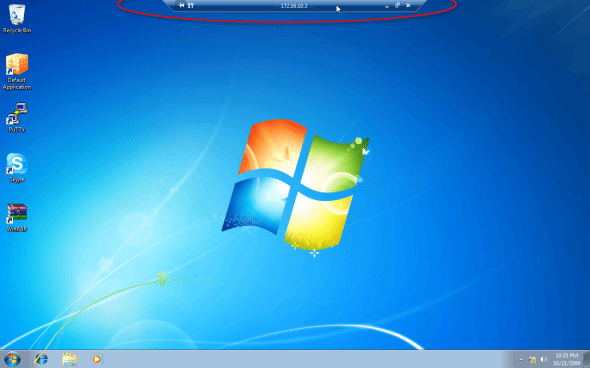 As you can see, the tab on top is again, one on top of the other.
However, unlike previous versions, you can now click on one of them, and simply drag it to either side of the window. 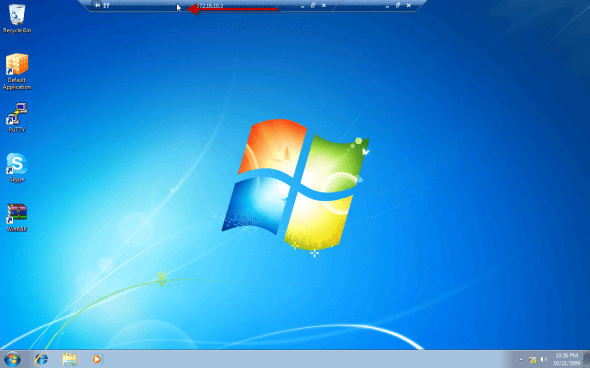 And so can the bottom bar. 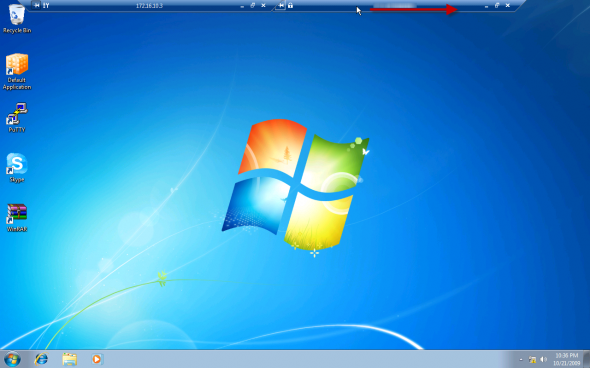 This makes it easy for you to manage your connections, minimize the ones you want, and work with the ones you need.