How and When to Use Breakout Rooms in Teams 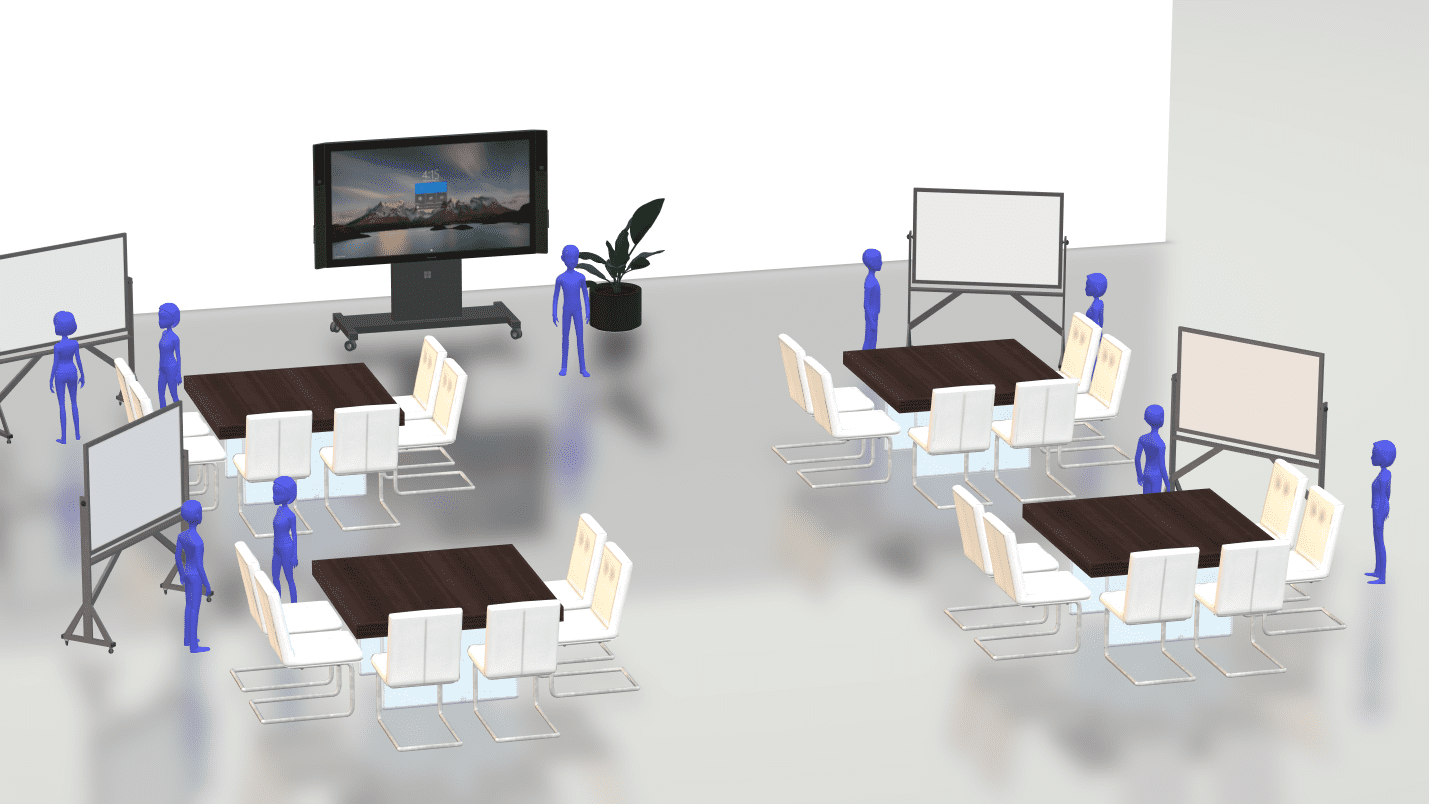 In a move that mirrors in-person meetings, Microsoft has released breakout rooms for Microsoft Teams.

Breakout rooms were originally expected to arrive in October and after a delay, they have finally arrived in December. It is a wise assumption that the delay was to listen to feedback from customers who were using the feature in public preview, such as schools, and to make sure that the initial version of breakout rooms worked well.

So far, both the public reception to its launch and how the feature performs has been positive, as it fulls the need for business, government, and education customers alike.

Key use cases for breakout rooms

Breakout rooms replicate the real-life ability to get people into smaller groups to work on problems.

Hopefully, you will recognize the scenario I’ve created above – the leader works with the assembled group to outline a problem, then splits everyone into groups, usually on separate tables. The leader then walks around the room to check in with each group to see how they are getting on and helping them where needed.

Breakout rooms in teams mirror the real-life equivalents and allow a Teams meeting organizer to begin a large meeting – with all attendees, and then remain in control of splitting people into smaller meetings, drop-in to each group, and bring everyone back into the main meeting when the breakouts conclude.

You will find the Breakout rooms option in the desktop Microsoft Teams client when using the new pop-out meeting experience. Breakout rooms is represented as a smaller square within a larger one:

When you select the Breakout rooms option you will be presented with the option to create up to 50 breakout rooms. You can do this before attendees arrive.

Each breakout room will be numbered in the format Room 1, Room 2, and so on. If your attendees are likely to attend many meetings with breakout rooms, consider renaming them to something relevant to the main meeting. This isn’t essential but it will ensure that people can find breakout room chat easily after the meeting concludes.

If you choose the option to manually assign people to rooms, then you will need to Assign participants before you can start Breakout rooms. When you select Assign participants select multiple attendees from the list and then assign them to the relevant room.

Typically, with your rooms created and people assigned, you will conduct the first part of the meeting with the whole group, outlining the task they will complete when they split off into groups.

Once you are ready, choose Start room and Teams will begin to automatically move people into each breakout room:

As the facilitator, you will remain in the main meeting. You won’t automatically see or hear anything that’s going on in the breakout rooms.

You can either choose to take a break while the breakouts continue or drop-in to each group to see how they are getting on. To do this, select a room and choose Join room:

The attendees of each breakout room will see this as an important message in the meeting chat, as shown here:

When it’s time to finish up, the breakout rooms have two options; you can either bring back a group at a time, or you can bring back all groups.

To bring back a single group, select the room, and then choose the Close room option. The separate meeting for just that group will end and they will join you back in the main meeting: