Multifactor authentication (MFA) can improve the effectiveness of passwords considerably. Once a device is ‘trusted’, users might not be challenged to provide an additional factor with their password for a couple of weeks or a month. But uptake hasn’t been anything near what Microsoft had hoped. Partly because MFA can be complicated to set up and it adds an additional layer to the login process.

How do FIDO2 security keys work?

FIDO2 security keys can provide single-factor hardware-based authentication that is much stronger than a username and password. FIDO2 keys can also be used additionally as a second factor for even stronger security. And for organizations that want to go all out, FIDO2 security keys may be used in combination with a PIN or biometric gesture for stronger multifactor authentication.

Unlike passwords, PINs are stored locally on the key and aren’t sent across the network. This makes PINs harder to compromise than passwords. PINs are used to unlock the hardware key so it can perform its function. And because PINs perform a limited role, they can be shorter, less complex, and changed less frequently than passwords.

What is a hybrid Azure AD join?

Passwordless sign-in has been available for Azure AD joined devices for some time. Windows 10 devices joined to AAD let users sign in to Windows using their organizational work or school account from the lock screen, either using a password, Windows Hello for Business, or FIDO2 security key.

Users with Azure AD registered devices, on the other hand, must sign in with a local account or Microsoft Account (MSA). But users get single sign-on (SSO) support for cloud resources for simpler access. Registered devices can also be enrolled with Microsoft Intune.

Until recently, FIDO2 security key login was only supported on devices joined to an Azure AD domain. Or standalone devices with a local or MSA account. But now FIDO2 login also works on devices hybrid joined to Azure AD. Microsoft says that support for FIDO2 keys in hybrid Azure AD environments has been one of the top requests from customers that already use passwordless authentication. 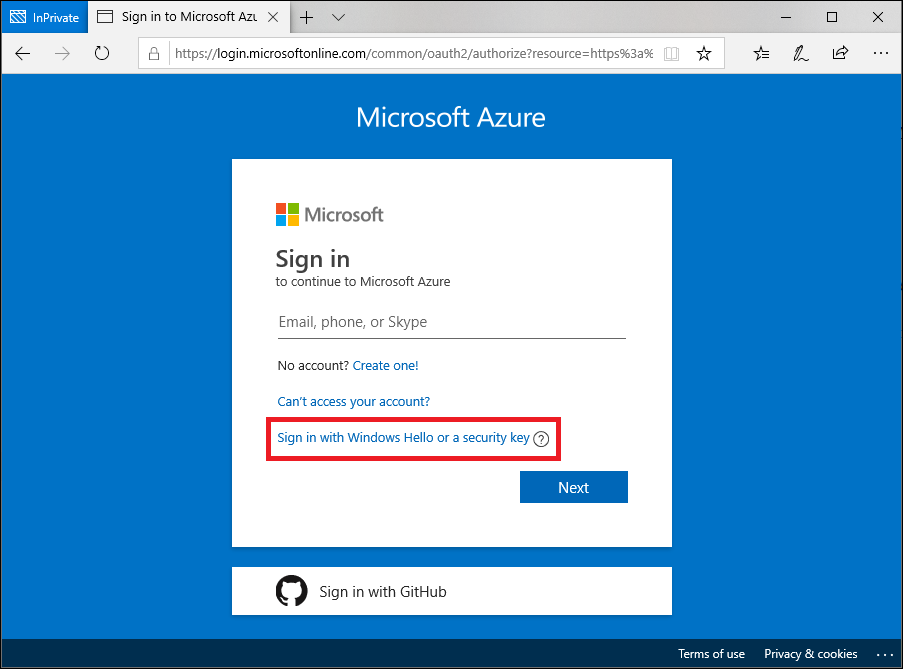 To enable support for FIDO2 security keys in a hybrid Azure AD environment, there are several steps that organizations must take.

It’s also worth noting that while many keys are FIDO2-certified, some optional extensions to the FIDO2 Client-to-Authenticator Protocol (CTAP) must be implemented for a security key to work properly with Azure AD. You can find more information about the requirements and approved security key vendors at Microsoft’s website here.

Security keys can be used to log in to Windows 10, whether you have a local user account, an MSA, an Azure AD account, or an Active Directory user account in a hybrid domain environment. Keys come in a variety of forms, including those that connect to USB-A, USB-C, and via NFC.

But security keys pose an additional cost and can be easily lost. While losing a key doesn’t necessarily present a security risk, there is a cost associated with replacing one. When using FIDO2 security keys with Azure AD, users need to remove lost keys as an authentication method and then register a new key. If a lost key was used to log in to third-party sites, then the policy of the site operator determines how the user will gain access. Usually, backup login methods are required when registering a key, like use of one-time codes or an authentication app.

FIDO2 security keys seem like a good idea. But like MFA, registering keys, and the inconvenience of losing one, can put users and organizations off. Nevertheless, the costs associated with compromised credentials are far greater. It’s only a matter of time before everyone gets on board with the need to phase out passwords. And hopefully FIDO2, an alliance that has broad support in the tech industry, will provide a trusted way to log in to systems and websites without vulnerable passwords.