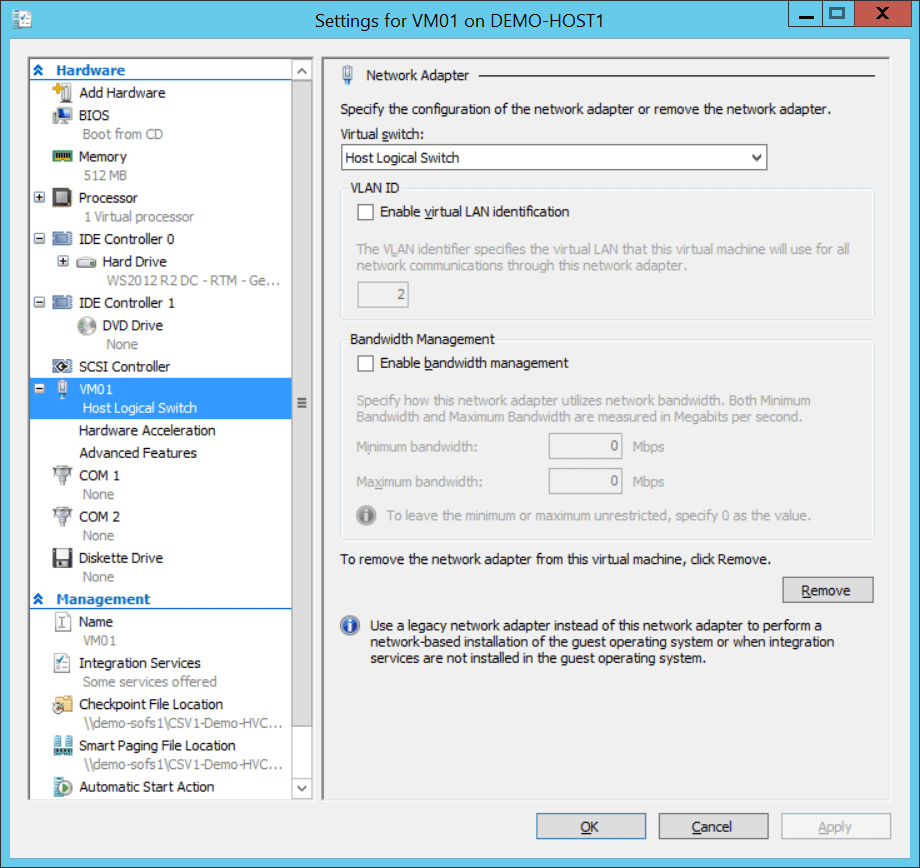 Hyper-V offers two kinds of virtual NICs that can be used in virtual machines – one for the past and one for now. 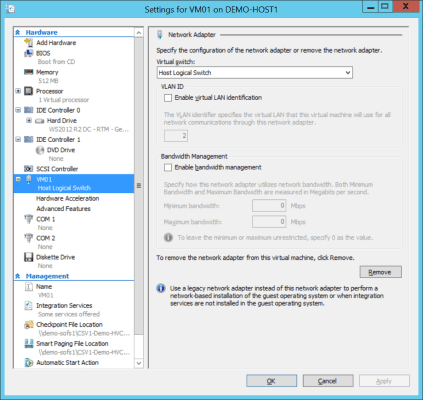 A default synthetic network adapter in a generation 1 virtual machine. 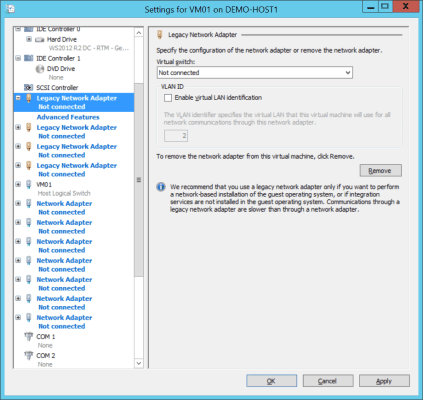 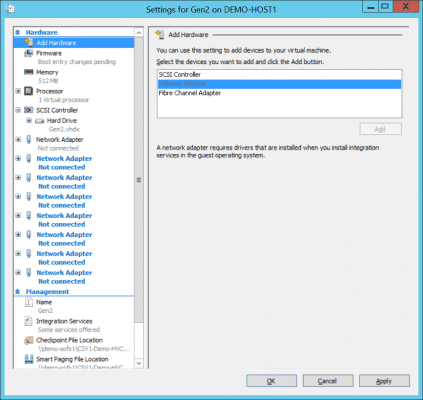