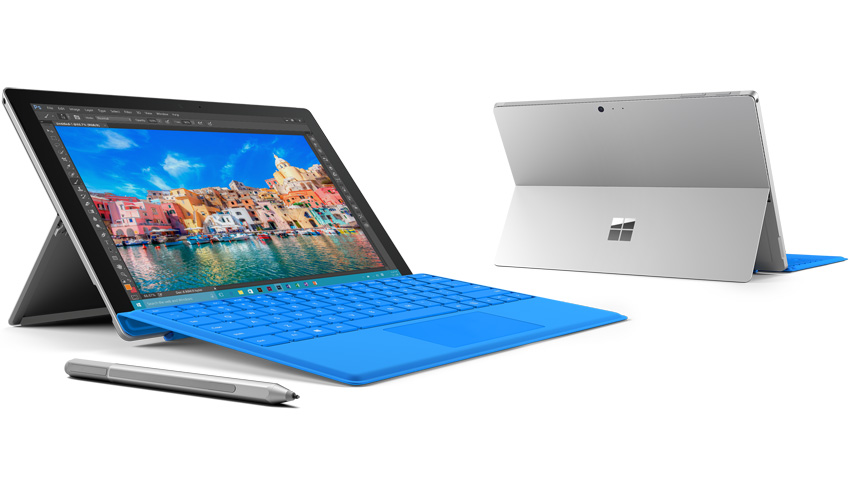 On the eve of the Surface Pro 4 and Surface Book launch, Microsoft has announced that Surface Pro 4 is already the the fastest Surface adopted in business ever. And it is supporting commercial customers of all Surface devices with new availability and service and support options to help meet the demand.

At its Worldwide Partner Conference in July, Microsoft announced plans to expand Surface commercial availability via resellers from a few hundred authorized Surface distributors to a few thousand worldwide. But today, the firm said it had signed up nearly 5,000 resellers, dramatically exceeding its own goals.

“This happened much more quickly than we’d expected,” Cyril Belikoff, the Senior Director of Microsoft Surface, told me in a briefing late last week. “We now have nearly 5,000 resellers worldwide in over 30 markets.”

Microsoft previously announced a Surface Enterprise Initiative that helps commercial customers purchase Surface devices and associated service, management and support packages all from the same partner. At the time, it said that Dell and HP would both be reselling Surface with their own enterprise support offerings. Today, Microsoft is revealing two new additions to the Surface Enterprise Initiative.

First, beginning in early 2016, Microsoft will offer a new enterprise warranty and service called Microsoft Complete for Enterprise. This will provide a number of useful services:

Support for non-bootable devices. Today, when a Surface device can’t boot, commercial customers are faced with a quandry because of security policies and the possibility that their non-bootable devices could still contain sensitive corporate data. So customers with Microsoft Complete for Enterprise will be able to physically destroy such devices before they are returned for warranty replacement.

Next day air service in the U.S. Microsoft Complete for Enterprise customers will receive device replacements via next day air in the U.S. and “a similar rapid replace processing for markets outside the U.S.,” Microsoft says.

Second, Microsoft has announced a new Business Device Trade-in Program. because so many customers want to upgrade to Surface and Windows 10, but are still using older Surface devices and other PCs. With this program, businesses can trade-in their existing PCs and get credit towards new Surface purchases, and do so on a permanent basis. (With previous Surface rollouts, Microsoft has offered temporary trade-in programs for businesses only.)

“For all of our business customers, the value of Surface Pro comes down to cost savings when removing the need for both a laptop and an iPad, ability to run full Office and desktop apps and the strongest security and management with Windows 10,” Mr. Belikoff says. “With the breadth coverage across our channel, and programs for enterprise customers through our Surface Enterprise Initiative, we’re in a position to deliver on customer demand in ways that have never been done before.”