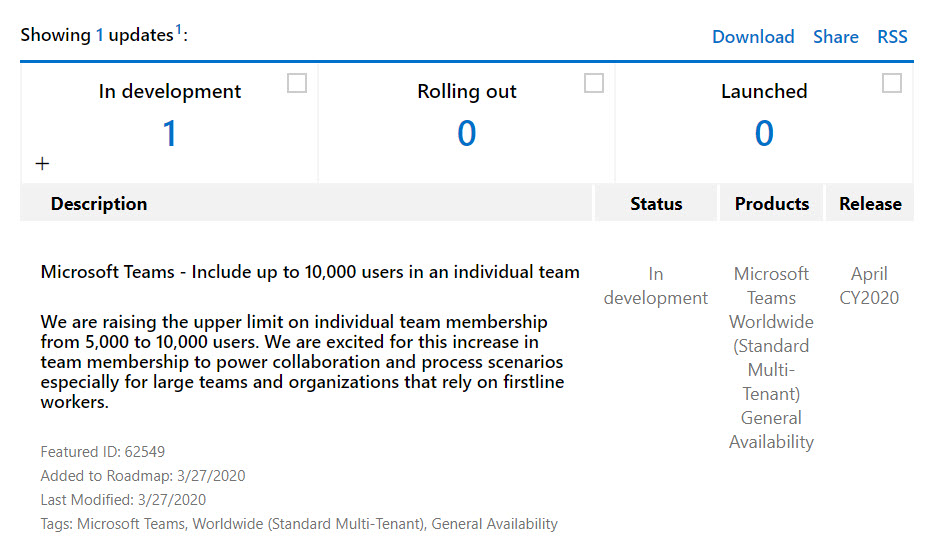 New Teams Limit Will Apply Worldwide by the End of May

In a March 27 announcement (MC207957) in the Office 365 Message Center, Microsoft said that they will soon increase the current 5,000 membership limit for a team (and the underlying Office 365 group) to 10,000. Microsoft says that the change will roll out to tenants at the end of April and expect worldwide deployment to be done by the end of May. The limit includes both tenant users and guest users (if allowed for a team).

Microsoft’s announcement doesn’t say if the new limit applies to org-wide teams, which are currently restricted to organizations with fewer than 5,000 members, but I expected that this will be the case.

The new limit is also documented in Microsoft 365 roadmap item 62549. Interestingly, the roadmap item was added on March 27, which might indicate that the increase in membership limit is a response to the upswing in customer demand for Teams due to the Covid-19 virus and the need for more people to work from home.