Microsoft has published a monthly round-up of all the features added to its Teams collaboration service in December 2021. This time around, the biggest improvements include End-to-end encryption (E2EE) support, Teams Rooms updates, a new SIP Gateway service, Teams-certified devices, and much more.

First up, Microsoft has made some improvements to Teams meetings. For presenters and organizers, the app added a new feature that allows them to view the order of the raised hands in a meeting. It enables meeting organizers to quickly identify participants who want to speak without interrupting the flow of conversation. To use this feature, users will need to go to the meeting controls and click on the Participants panel.

Next up are chat and collaboration features in Teams. Microsoft Teams is now rolling out an update that lets users add descriptions to images shared in private or group chats. To do this, right-click on the image and then select the “Add alt text” option. The new feature makes Teams messages more accessible to people with disabilities, who can now use screen readers to easily understand the full content of the messages.

Moving on to the security and compliance department. Last month, Microsoft announced that End-to-end encryption (E2EE) support is generally available for one-to-one Teams calls. However, some advanced capabilities (such as call transfer, recording as well as live captions and transcription) are not available in E2EE calls. It’s up to the IT Admins to manually enable and control the E2EE feature for all users in their organizations.

For government customers, breakout room managers’ support is now available in the Government Community Cloud Hight (GCC-High) and Department of Defense (DOD) tenants. The new feature allows meeting organizers to extend the management to specific presenters in the breakout rooms settings. These managers can perform different operations such as assigning users to rooms, adding/deleting rooms, setting timers, sending announcements, and much more. 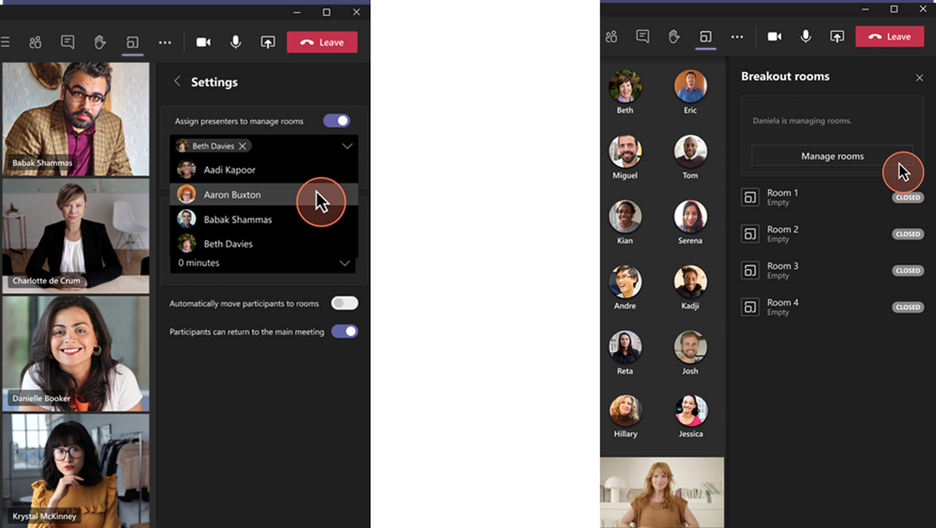 Microsoft released a bunch of new features and capabilities for Teams Rooms on Windows, such as meeting room capacity notifications. If a meeting room is over-capacity, the app can now send alerts to participants in the meeting room based on the data stored in the account. In addition, there is a new feature that brings the ability to split the video gallery across multiple displays when content isn’t being shared during Teams meetings.

Last but not least, Microsoft has introduced a new SIP Gateway service that lets organizations use existing third-party SIP phones with Microsoft Teams. The company has also unveiled some new Teams-certified devices, including Jabra PanaCast 20 and Poly Studio Room Kits.

M365 Changelog: Remove Freehand by InVision from the ShareTray