Nadella Announces Yet Another Microsoft Shake-Up 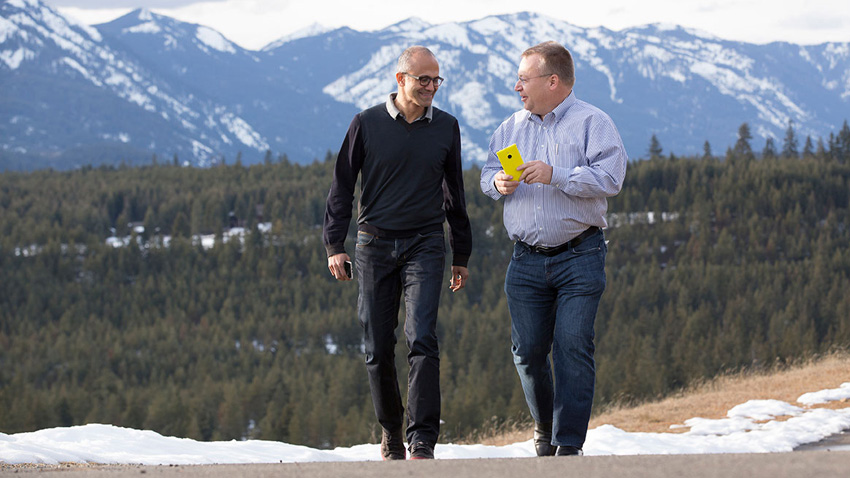 Microsoft CEO Satya Nadella has repeatedly delivered on the change he promised to bring to the software giant, and much of that change can be seen in the firm’s ever-evolving senior leadership team. This week, Nadella cleaned house again, consolidating business units and jettisoning a number of high-profile executives.

“To better align our capabilities and, ultimately, deliver better products and services our customers love at a more rapid pace, I have decided to organize our engineering effort into three groups that work together to deliver on our strategy and ambitions,” Mr. Nadella wrote in an email message to employees that the firm has made public. “The changes take effect today.”

Those three groups are the Windows and Devices Group (WDG), which combines previously-separate Windows OS and mobile device efforts; the Cloud and Enterprise (C+E) group, which combines on-prem and cloud-based enterprise efforts with Dynamics ERP and CRM; and the Applications and Services Group (ASG), which is focused on reinventing productivity and is picking up the firm’s education efforts as well.

In each case, businesses are being merged together under a single leader, meaning that some executives are leaving the company or being shifted under new leadership.

WDG will be led by Terry Myerson, who has been overseeing Microsoft’s Windows 10 efforts. But that means that Stephen Elop, who previous oversaw the now-defunct Microsoft Devices Group (MDG), is out. “Stephen and I have agreed that now is the right time for him to retire from Microsoft,” Nadella explained. “I regret the loss of leadership that this represents, and look forward to seeing where his next destination will be.”

Scott Guthrie will continue to lead the C+E group. But with Dynamics being folded into this group, former Dynamics lead Kirill Tatarinov is no longer needed. “I am very thankful for Kirill’s unswerving leadership in bringing Dynamics to this point and building a strong leadership team to carry it forward,” Nadella explained, noting that Mr. Tatarinov would now “explore what’s next for him.”

Qi Lu will continue to lead the ASG, but the minor changes we see in that group will not lead to any major executive staffing changes.

That said, more high-profile Microsoft executives are leaving the company. 25-year Microsoft veteran Eric Rudder, who founded the Server and Tools business, “has decided to try something new,” Nadella says, adding “I will deeply miss Eric’s passion, technical and business acumen, and keen intellect, and I appreciate all he’s done for Microsoft.”

Finally, Mark Penn, the controversial strategist behind the biting “Scroogled” campaign had reportedly been planning to leave Microsoft for some months. He will leave in September, Nadella says, though it’s not clear what he will do next. (I understand Hillary Clinton may have need of his services, though that is perhaps an unlikely outcome.)

This reorg raises a number of questions, but the most obvious and pressing concern Windows Phone. With Elop out, one might naturally wonder about the firm’s commitment to certain money-losing hardware devices like Lumia and perhaps even the fate of Windows 10 Mobile, a version of its next OS for phones, phablets and very small tablets. But I don’t think we’ll see any major changes there, and certainly not in the short term.