Office 365 Video Transition to Stream Coming. Are You Ready? 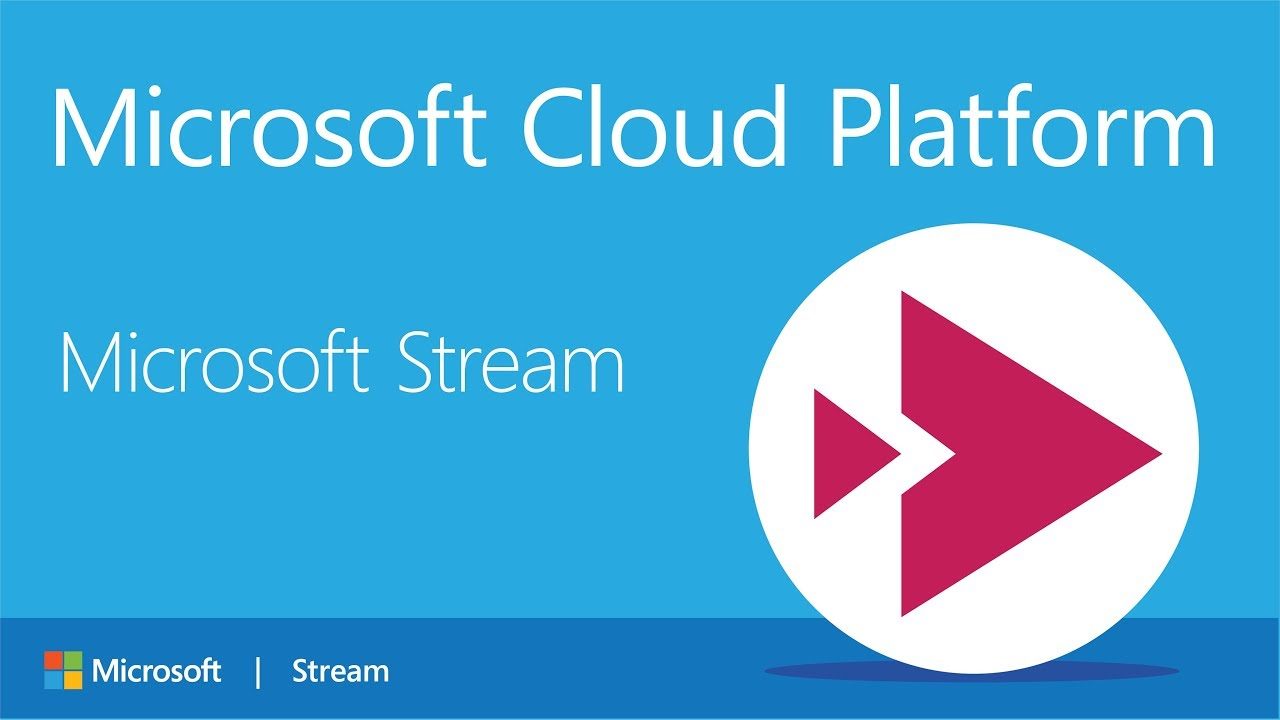 In June 2017, I noted that Stream, Microsoft’s video sharing and management service for consumers and businesses, had reached General Availability (GA). One year later, Office 365 tenants wait for solid details about how they will transition from Office 365 Video to Stream.

Microsoft hasn’t updated the documentation covering migration since February 2018. Apparently, we are in a phase when only certain tenants in specific datacenter regions are moving video to the new platform. Later, when Microsoft has taken care of any glitches, we move to a “tenant opt-out” phase when administrators can choose to stay with Office 365 Video, and then to “automatic transition,” when switching happens without further notice.

One of the biggest gaps that still exist in Stream is the lack of support for enterprise search. Not only does this stop tools like Delve finding videos, it prevents content searches unearthing this content too. That’s a huge gap in an era when compliance and data governance are critical. Stream works with or without Office 365, so this creates some added technical difficulties for engineering that might be slowly progress.

Other highlighted gaps include a lack of a REST (Microsoft Graph) API for Stream and no support for software-defined networking (SDN) for video caching. Although an update was given in the Microsoft Technical Community last January, Microsoft has been quiet since.

On the upside, Stream now logs audit events in the Office 365 audit log (Figure 1), meaning that it’s easy to investigate and answer questions such as “who uploaded videos in the last 30 days” or even “who’s watching video content.” 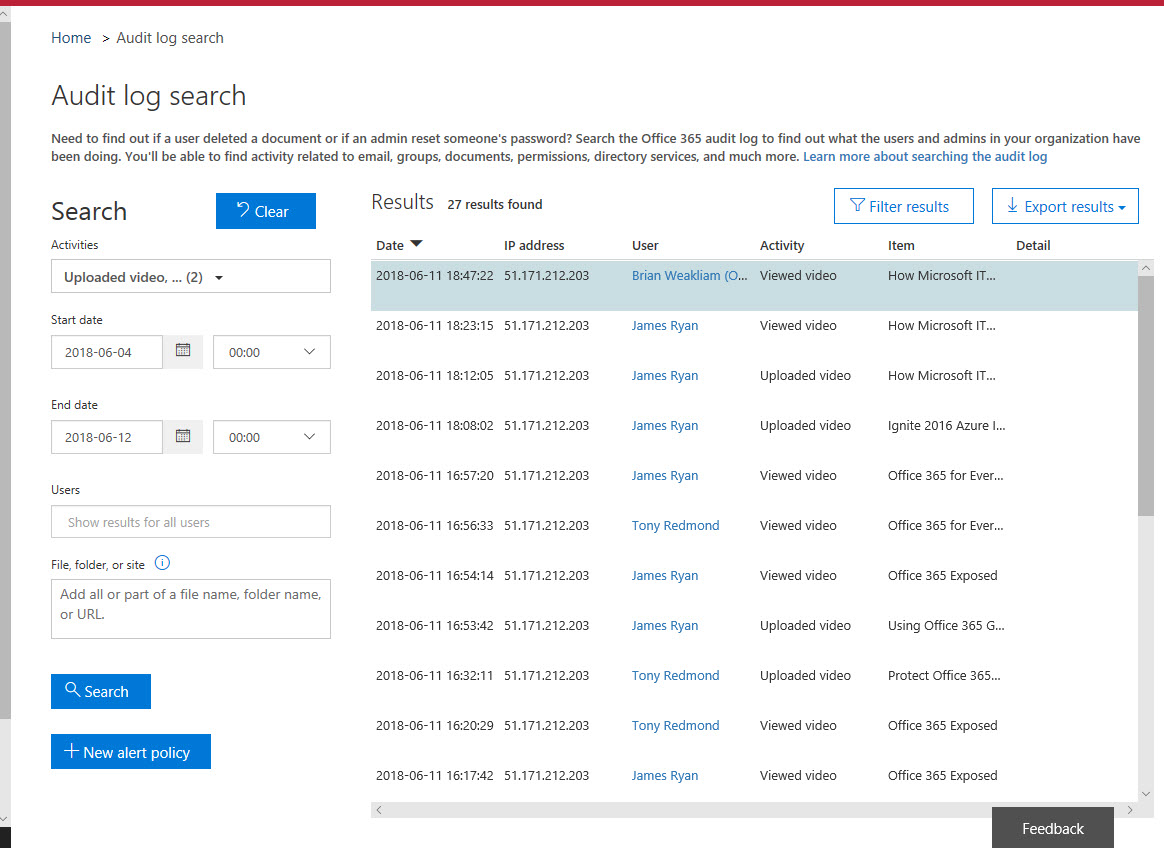 If you don’t want to pour through the audit log, you can run the PowerShell Search-UnifiedAuditLog cmdlet to extract audit events and then format and output the events for analysis with a tool like Excel. 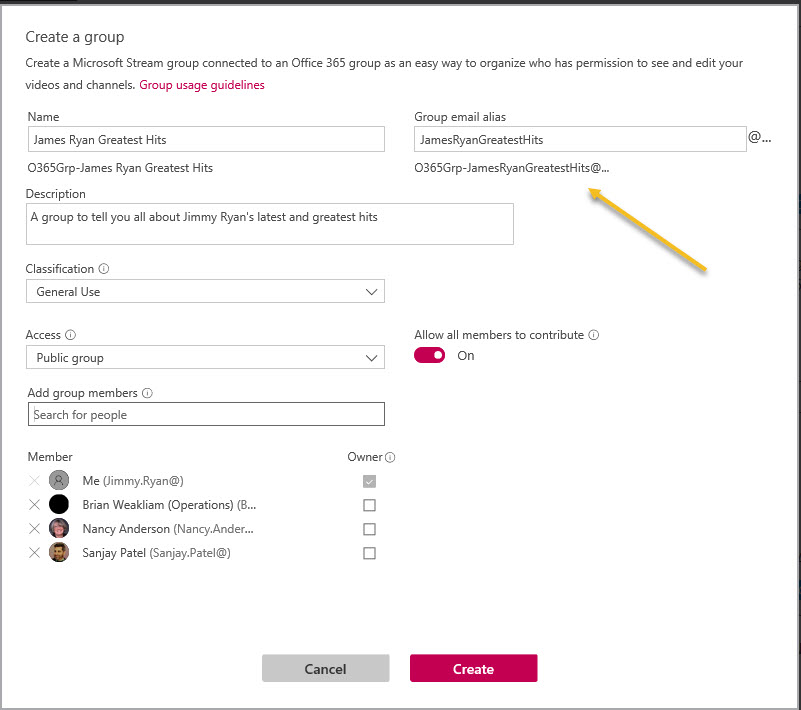 I think Office 365 Groups will be a popular way for tenants to organize video content. Each group acts as a mini-portal with its own set of channels, spotlighted videos, trending content, and so on (Figure 3). As you can see, Stream shows that this is a group (O365), the classification applied to content in the group (Confidential), and the group’s access type (public). Videos belonging to public groups are available to everyone in the tenant. 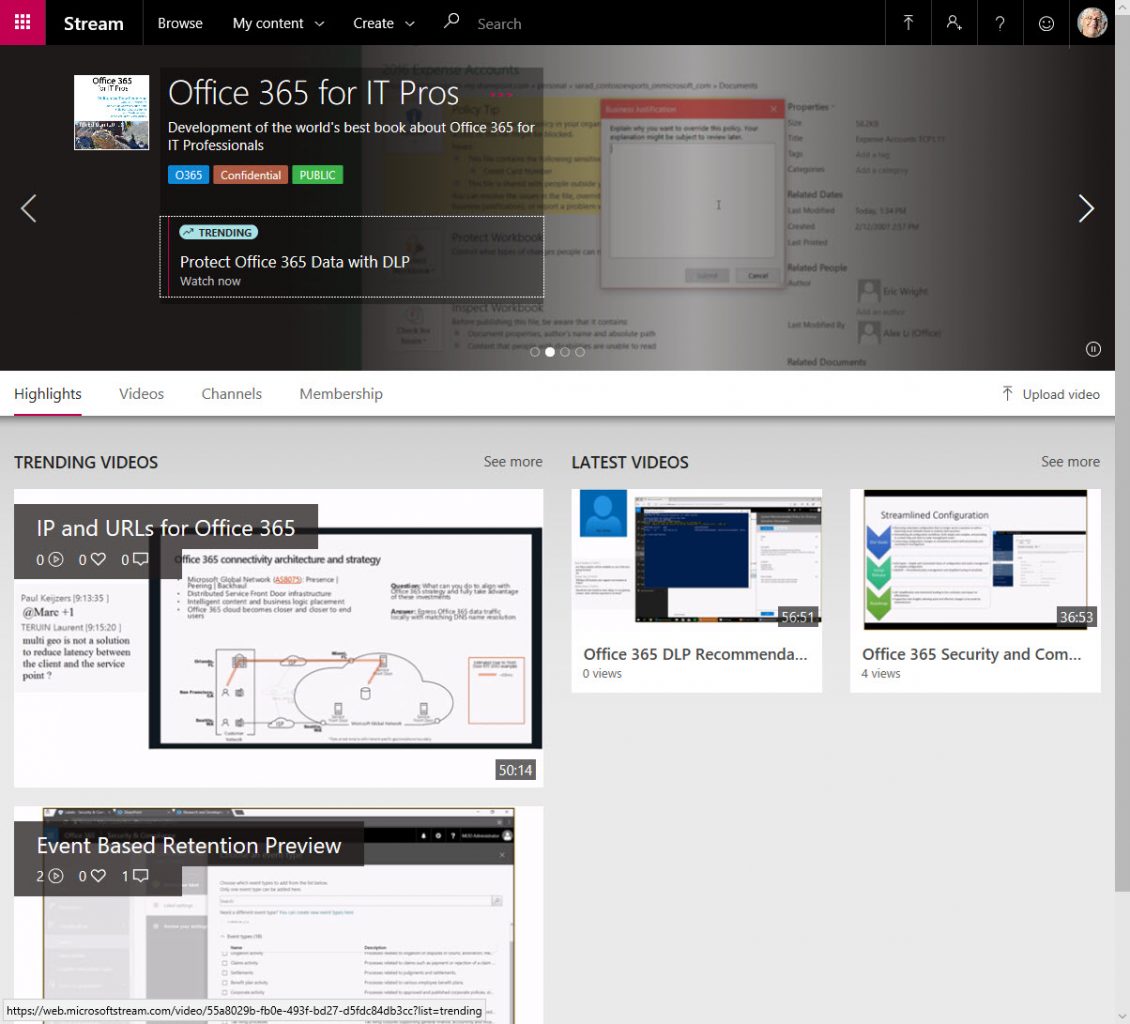 To make things easier for users to find videos belonging to a group, you can publish the URL for a group portal to bring people to the group and a section within the group. For instance, the link:

Brings users to the set of videos owned by the group with the GUID (the underlined value) and positions them on the highlighted videos. The GUID is the Azure Active Directory object identifier for the group object.

As Office 365 tenants move to Stream, they face an interesting debate whether to upgrade the Stream license included in their Office 365 plan.

When Stream processes a video, it creates several intelligent views of the content including a transcript and a timeline of when faces of people appear in the video through a face detection process. Users with Office 365 E5 licenses or the Stream Plan 2 for Office 365 add-on (roughly $2/month per user depending on country), can then:

Stream customizes its user interface based on the license a user has. If they have a plan 2 license, they see features like the automated transcript, people view (face recognition timeline), and can search video transcripts.

Figure 4 shows the how a video appears to an E5 user. We can see the transcript to the right, with its text autoscrolled to keep pace with the video. Under the video, we see the people timeline and a slider to allow the user to move to a point in the video where a chosen individual appears. 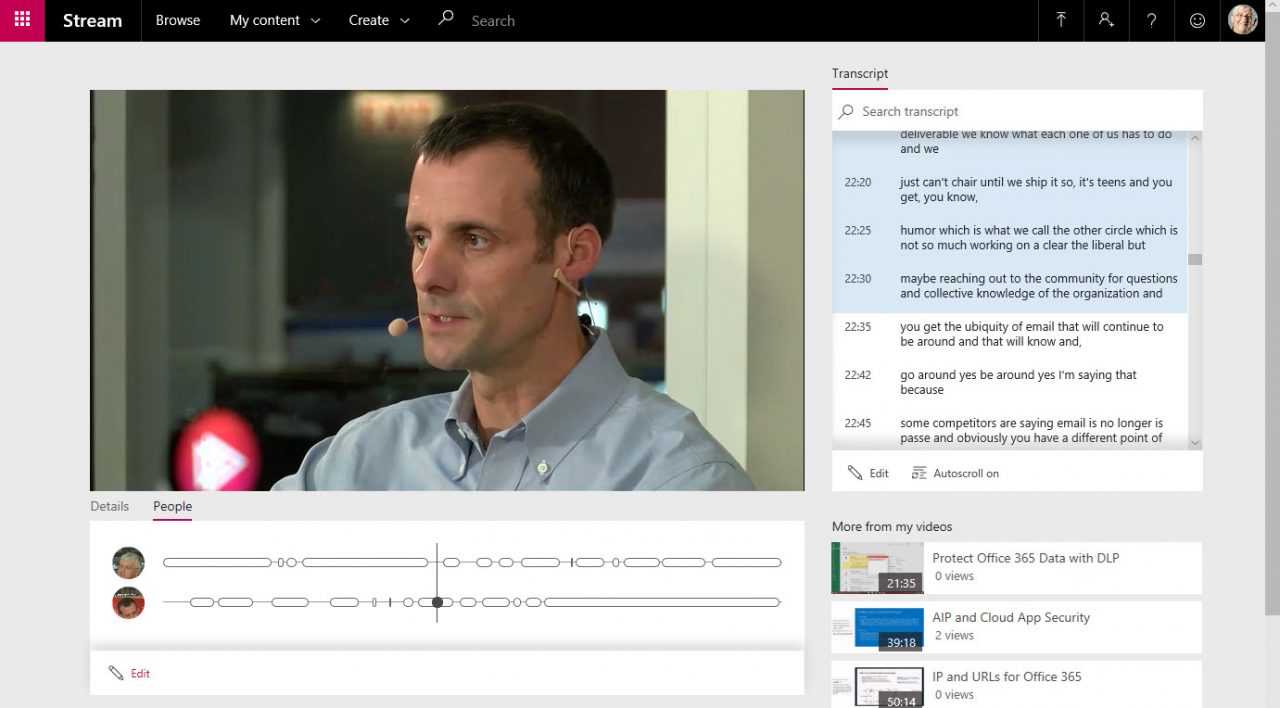 Organizations will differ on how much value they place on advanced features like those covered by Stream plan 2. My view is that the voice recognition processing which generates the transcript and captions for Stream still has problems with some accents and expressions, but what it creates is helpful when looking for specific content. Being able to search through transcripts is a great way to find what you need in a large video library.

I am less impressed with the face recognition. In the video shown in Figure 4, Stream missed one contributor totally (from a three-person panel), which seems odd. Like any advanced technology, I am sure that this will improve in time.

If you use Office 365 Video today, you will use Stream in the future. There’s no getting away from this transition. The migration is progressing slower than expected, but progress is being made. Maybe now is a good time to consider how your tenant will deploy Stream, especially using Office 365 Groups to organize content. And while you’re thinking, have a look at the advanced features and decide if you need to invest in some license upgrades.