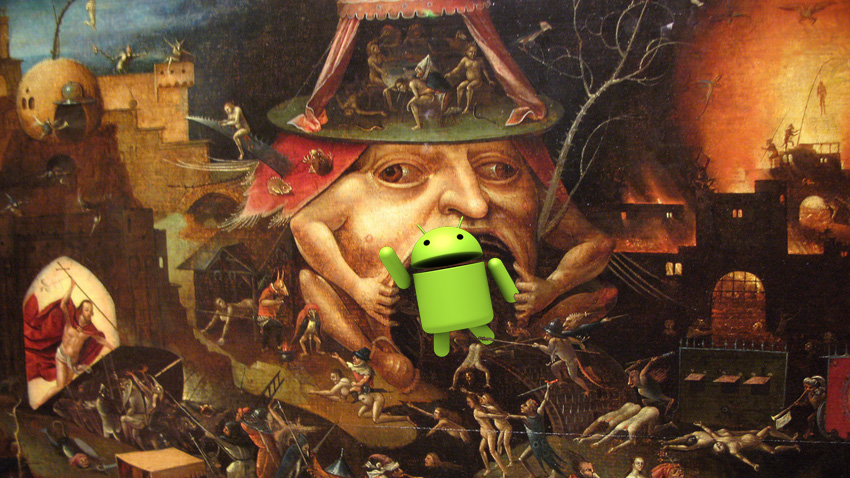 Because success is the nexus between luck and success (or, um, something), this week’s other news includes the first release of Microsoft’s bridge between iOS and Windows 10, some thoughts about a future Microsoft mobile possibility, Google finally (if belatedly) copies Trustworthy Computing, Russia is trying to hack the US military, and Google would like to forget the right to be forgotten.

When you’re looking to help developers port their apps from one of the world’s most closed platforms (Apple iOS) to one of the world’s other most closed platforms (Windows), it’s only natural that you’d think “open source.” OK, maybe not. But Microsoft’s previously announced “Project Islandwood” toolkit, which aims to help port iOS apps to Windows, has finally shipped in its first pre-release version. And Microsoft is indeed open sourcing it. Now called Windows Bridge for iOS, Project Islandwood will ship in final form later this year, with Microsoft improving the product “in the open” so that other developers can help improve it too. We’d love for the interested and curious to look at the bridge, and compare what we’re building with your app’s requirements,” Microsoft notes in a blog post. But seriously, please port your iOS apps to Windows.

So we have the pirated software market sewn up. Success!

A tiny Android handset maker few have ever heard of called OnePlus has secured over two million reservations to buy its second handset, the cunningly-named OnePlus Two. Marketed as a flagship device that will be able to take on the next-generation Apple and Samsung flagships, the OnePlus Two looks decent on paper, and it ships unlocked and without subsidy. And here, I think, is an interesting possibility for at least part of Microsoft’s mobile future. That is, it should sell next generation Lumia flagships—actually, all Lumias—through its web site in globally-compatible, unlocked, unsubsidized form. If OnePlus can sell two million of these things basically sight-unseen, surely Microsoft could drum up an interest level of a completely different magnitude. And while Microsoft may never see the success levels of Apple or Samsung, or even its Nokia predecessor, surely there is a solid business to be had there.

Well, at least they’re approaching it from a fair viewpoint.

Google finally wakes the F up about security

In 2002, Microsoft infamously halted development of its major products so that it could get security right as part of an initiative called Trustworthy Computing. And for the ensuing many years it has led the way when it comes to security, initiating regular updates via Patch Tuesday and ensuring that all of its products are secure first. Its platforms rivals like Apple and Google? Not so much. But this week, finally, Google got the message: it will now start issuing monthly security updates for Android, a platform that is so notoriously unsafe and impossible to patch thanks to carrier interference that it’s unclear how it succeeded let alone lasted this long. Or as Google so aptly puts it, “Security has always been a major focus for Android and Google Play: Android was built from day one with security in mind.” Hilarious.

And at least 17 of them are expected to keep paying when that trial expires.

Russia is suspected of trying to hack US military networks

Looks like China isn’t the only country turning up the heat on the computer systems of the United States: investigators now believe that a sophisticated cyber-attack against the unclassified networks of the US military’s Joint Staff was undertaken by “a foreign state.” Which is what they say publicly. Here’s what they say privately: it was Russia. “This attack was fairly sophisticated and has the indications of having come from a state actor such as Russia,” The Washington Post was told by an anonymous source. NBC News, CNN, and other news organizations are likewise citing sources who have told them the same thing. So the question here is, have we entered some weird new era of the Cold War? Or is this in fact something new? An E-War?

Well ahead, apparently, given that the football season doesn’t even start until September.

Google is fighting France’s demand that the EU “right to be forgotten” laws extend to the entire world, but it’s a losing battle: a French court has already ruled that if Google can remove a link in France, that it needs to remove that link in search results all over the world. The idea is that you’re essentially getting bullied because of some nonsense about you on the web, and that taking down spurious search results in one locale doesn’t even come close to meeting the spirit of the law. Google, of course, is arguing that no country should be able to dictate how Google behaves around the world. But that is patently ridiculous: Google should instead simply do the right thing. Everywhere in the world.