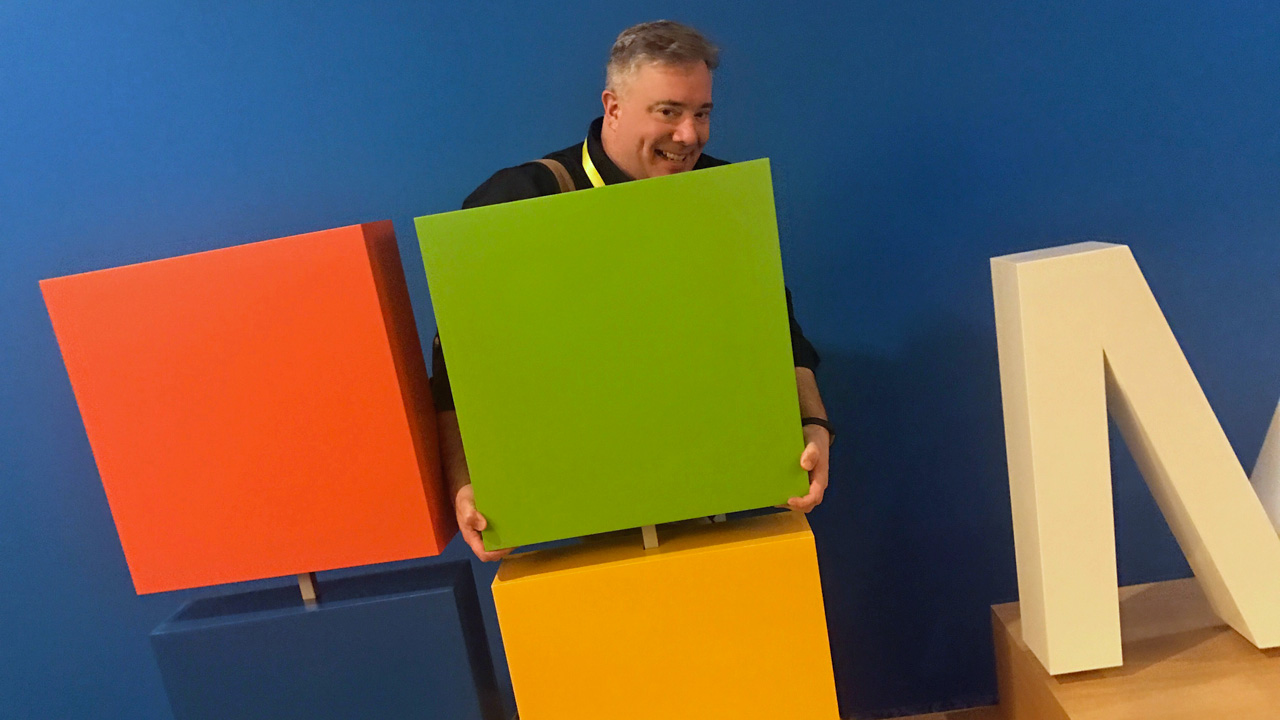 I’m taking this one home with me.

Because what happens at CES never stays in Vegas, this edition of Short Takes (mostly) focuses on the Consumer Electronics Show.

Note: Brad and I have posted a ton of CES 2017 content over on Thurrott.com. Please be sure to check out our coverage there for a full picture of what happened this week in Las Vegas. —Paul

Microsoft this week announced its Connected Vehicle Platform, a set of services built on the Microsoft Azure cloud. Renault-Nissan is the first to sign-on to deliver this technology in its next-generation vehicles, and the software giant notes that BMW and Volvo are also working with it on similar initiatives. Good news, right? Well, yes and no. As Mary Jo Foley points out, this is really just a new name for something Microsoft announced a year ago, or, as she puts it, “Microsoft’s automotive strategy remains the same as it was in 2016.” I guess there’s something to be said for consistency.

Amazon Alexa is coming to cars, too

And speaking of connected cars, Cortana will have a bit of competition, it seems: Ford is going to add Alexa voice command support to select vehicles in the coming year. And in addition to buying stuff from Amazon, cough, you’ll be able to do things like start or stop the engine, lock and unlock doors, check how much gas you have left, and so on. And you know what that means? We’ll finally have the car that Eddie Murphy joked about back in the 1980s. “Hey man, somebody stole your battery. I say we go get the moth—” … well, you get the idea.

I just want a single key that works in all of my locks.

Microsoft mocks blogger for continually getting it wrong about the death of Command.com

As you might expect given what we see in mainstream journalism, there is real bias in tech coverage as well. And that’s true whether you’re talking about asinine fan blogs or even credible publications like Computerworld, which gives an anti-Microsoft Linux fanboy a platform for his silliness. But this guy crossed the line recently by claiming that Microsoft was killing the Windows command line shell (Cmd) in favor of PowerShell. And when Microsoft corrected him, he then published a second post claiming that it was Microsoft’s own communications that were to blame. So Microsoft, FINALLY, has taken the unusual step of calling out the author and his lies. Because all they’re really doing, all they’ve evercommunicated, is that PowerShell will replace Cmd in an obscure power user menu in the next Windows 10 release. Not that Cmd is dead, dying, or going away. I don’t normally like to attack individuals, and, no, I’m not naming him, but then this isn’t an attack, it’s a response to lies by a guy who’s turned “lying for page views” into a career. I’m just glad Microsoft did it: The amount of FUD generated by this individual is both unfair and unnecessary.

“The New Electronics Consumer Is Not Who You Think It Is”

True. For starters, it’s not a person.

Suck it, haters: Samsung announced this week that it will post its biggest-ever profits for the quarter ending December 31. Yes, that’s right, in the quarter during which exploding Note 7 smartphones and a massive recall dominated the tech headlines, Samsung actually thrived. And that profit—an estimated $7.2 billion—is three times the profit of the same quarter a year ago. Seriously, that is incredible.

“How much can police find out from a murderer’s Echo?”

And how long before a video leeks showing them roughing up the Echo a bit too much?

Google announced at CES that it will bring its Daydream VR platform—currently limited to its own middling Pixel phones—to more devices in 2017. Among the chosen few are the Huawei Mate 9 Pro and Mate 9, the ASUS Zenfone AR, and the ZTE Axon 7. And no, I’ve never heard of any of these things either, which means that they’re locked to China or other distant markets, or just haven’t been released yet.

That reason? It doesn’t exist.

Nielsen announced a long-awaited milestone this week, that streaming music revenues have surpassed sales of digital music for the first time. Or, as former Apple CEO and industry seer Steve Jobs put it so elegantly a few years back, “people want to own their music.” Wait, what? Cynics will note that Apple now has a subscription music service just like everyone else, and that, yes, the Apple Watch is still a pointless expense.

“For Apple, tech isn’t about the gadgets”

Weird, since that’s all they sell.

Apple CEO takes a pay cut because of missed targets

We all know that iPhone sales have slowed dramatically, and of course iPad sales have actually been falling for over two and a half years. But here’s the best indication that Apple is in a slump: CEO Tim Cook took a pay cut in 2016 because the consumer electronics giant has missed its own internal targets. All that said, both Apple and Mr. Cook are just fine: Apple posted annual revenues of $216 billion in 2016, and Cook still took in $8.75 million in pay. So maybe he just buys one plane instead of two. Or not: Cook also received an incredible $135 million in Apple stock last year too. Wa-waaa-waaaaahh.

“7 common Windows 10 Mobile problems, and what to do about them”