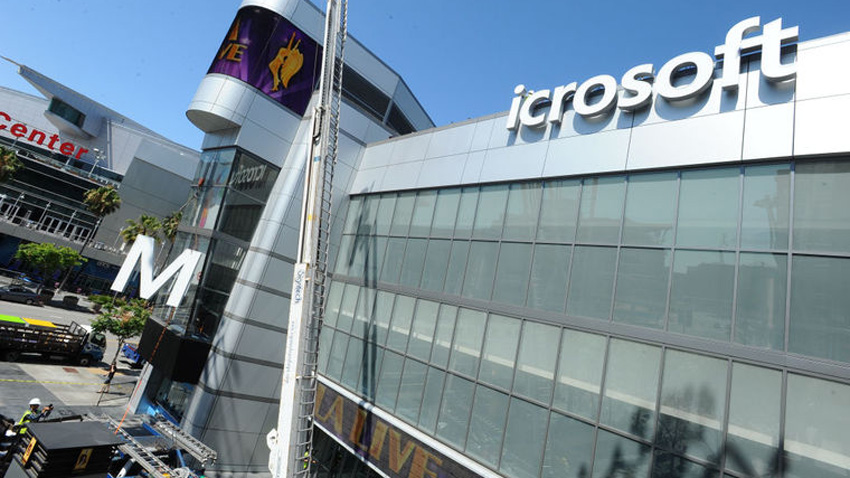 Because only Snoop Dog could put the Twizzle back in Twitter, this week’s other news includes Microsoft abandoning a Nokia smart watch design, a Microsoft/Facebook alliance on virtual reality, Nokia Theater is renamed, Blackberry may be considering Android, Twitter’s CEO steps down, Twitter kills the 140-character limit (sort of), and the French take the initiative for once.

Nokia was working on a smart watch project, codenamed “Moonraker,” that Microsoft killed off when it purchased that firm’s devices and services businesses. Why? Because it was already racing forward with its own Microsoft Band wearable and didn’t want to confuse the market with two non-Windows wearables at a time when it was preaching the “One Windows” vision. You could have seen the watch designs on a Tumblr blog by an ex-Microsoftie, but shocker, it’s been taken down. So here’s a picture. And yes, I too am wondering why they didn’t run with something like this: it’s very clear that the live tiles we see in Windows Phone and Windows 8+ would make for excellent watch face-sized user experiences. And some of this looks a lot like the Band UI too. 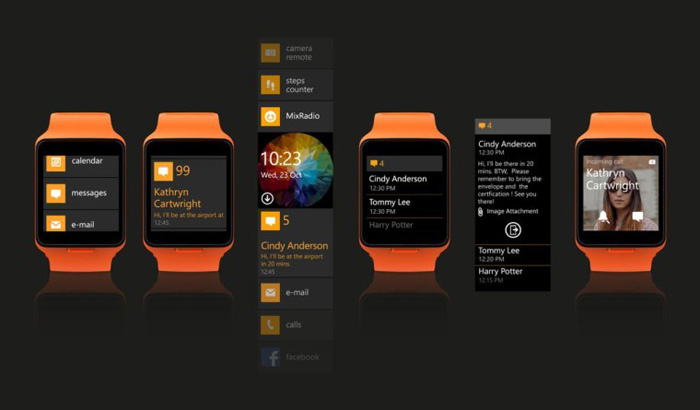 “My Impressions of Continuum for Windows 10 Phones”

He says in a Rich Little voice.

On Thursday, Facebook announced the shipping version of its Oculus Rift virtual reality headset, which will ship early next year. But the biggest news from this announcement, in many ways, was a partnership with Microsoft: Oculus Rift will ship with an Xbox One wireless controller and Xbox adapter so you can play Xbox One or Windows 10 games more immersively with the VR headset. This could be huge for Xbox One, which has struggled to keep up with the PlayStation 4, because it more closely aligns Microsoft’s console—and new PC OS—with the original Xbox strategy of targeting hard core gamers. And with its Kinect differentiator really losing steam this year—barely any Xbox Ones are even sold with the accessory anymore—the Oculus Rift can fill that unique peripheral hole. This is smart on another level, too, as Microsoft’s HoloLens will be unsuitable or all but the simplest games (read: Minecraft).

“The secret behind why Windows 10 is so good”

This one is easy. It’s called “listening to customers” vs. “pretending to listen to customers.”

Well, it looks like Microsoft acquired more than just Nokia’s devices and services businesses last year: the famous Nokia Theater in downtown Los Angeles—it’s right next to the Staples Center, where Steve Ballmer’s LA Clippers team plays—has been renamed to, you guessed it, the Microsoft Theater. As it turns out, this actually had nothing to do with the Nokia acquisition. Instead, the naming rights were up for grabs, Microsoft had the deals in place to make it happen, and here we are.

Report: Blackberry may use Android on future handsets

Reuters is reporting this week that fallen smart phone maker Blackberry is considering the nuclear option, which I assume will be the last thing it does before exiting the hardware business officially: it is apparently preparing to release “a slew of” Android devices. Blackberry says it remains committed to Blackberry 10, but it’s clear that this system hasn’t and never will take off with customers. So a move to Android makes senses, assuming you believe Blackberry sticking with hardware makes sense. Which I don’t.

“The dangers of Android malware may be exaggerated, but you should still play it safe”

Twitter CEO steps down, opening up questions about the future of the service

Twitter CEO Dick Costolo unexpectedly stepped down this week, though he had apparently prepped the firm for this departure months ago, as he’s grown tired of the constant analyst and shareholder criticisms. The announcement raises questions about what Twitter is going to do next, other than hope for some earthquake, plane crash or other disaster, since that’s the only time the service actually matters. Which, when you think about it, isn’t much of a business model.

“Snoop Dogg really wants to be CEO of Twitter”

So that happened. No, really.

Twitter kills the 140 character limit … but only for direct messages

Twitter is one of those love/hate things for me, but if I were to pick my biggest pet peeve it’s the 140-character limit on tweets, which makes communicating all but the most basic thoughts impossible. But this week, Twitter announced it was killing that limitation, sadly only on DMs, or direct messages, which are the private messages (like email) you can send to individual users. So the 140-character limit remains on public tweets. As with the long-rumored “unlike” functionality for Facebook, however, you have to wonder how long Twitter can hold out. Especially since the service isn’t exactly growing quickly, let alone keeping up with Facebook.

You gotta love the French

Say what you will about the French—that wonderfully odorous country of frog-eating surrender monkeys—but they get some things right. Among them is a demand from France’s CNIL (Commission Nationale de l’Informatique et des Libertés) that search giant Google enact its “right to be forgotten” results on a worldwide basis and not just in the country in which the requests were granted. The issue here is that someone successful petitions Google to remove some injurious search results, but that those results continue appearing on Google everywhere in the world except where that person lives. Obviously, if you have the right to be forgotten, it should be everywhere, and CNIL is ready to start imposing fines on Google until it complies. Bravo.