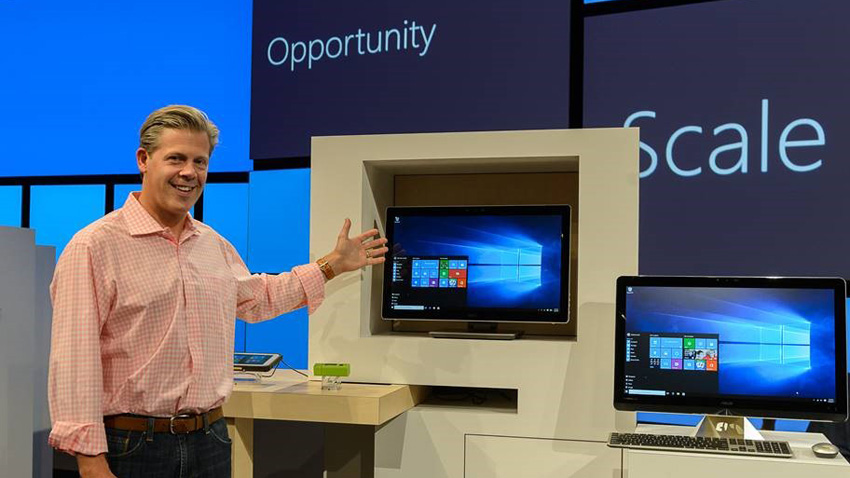 This happened today. And I didn’t write about it. For a reason.

Because Microsoft can’t stop punching itself in the face, this week’s other news includes some Windows 10 milestones to look forward to, Windows phones usage in the United States, Google found to be stealing mapping data, a curious tech partnership with one obvious holdout, Google to finally fix Chrome’s memory abuse problems, and e-book sales plummet in wake of price increases.

Windows 10 usage surpasses that of Windows 8 and Vista combined

Which is a nonsense statistic, by the way. But here’s what we can look forward to: usage of Windows 10 surpassing that of the Mac (about 7 percent usage share) and then the combined Windows 8/8.1 (14 percent). And from a raw numbers perspective, of course, the next big milestone is 100 million installs. Which, frankly, they may have already achieved.

I assume this is about the (supposed) privacy-stealing stuff in Windows 10.

Windows phones usage in the United States is mostly unchanged

I know that fans of Windows phones are looking for some good news. This isn’t it: Usage of Microsoft’s smart phone platform has dropped just a tiny bit since a major drop in April, comScore reports, and now sits at 2.9 percent. But the weirdest thing about the US smart phone market is how popular Apple is: here, the iPhone commands 43 percent of the market—compared to just 15 percent worldwide, by the way. And the Android market leader, which controls over 81 percent of the worldwide market for smart phones, isn’t so much of a leader here, with just 52.2 percent of the market. So where Android is a monopoly in most markets, we have a duopoly here in the US. Which doesn’t help Windows phones, of course. No matter how you slice it, there’s no room for Microsoft in this market.

Which, given their legacy of theft, both of competing products and services and of your personal data, shouldn’t surprise anyone. Anyway, PhantomAlert, which creates a mobile app aimed at helping drivers avoid traffic tickets, discovered some suspiciously familiar data in Google Maps and Waze (which is owned by Google). So to prove that Google was stealing its data, PhantomAlert started seeding its service with fake points of interest … which, naturally, turned up in Google Maps (and Waze) as well. Shocker. I imagine a future world in which companies like this simply own up to what they are doing and when asked, given its history, how Google could so easily lapse into simply stealing from the competition, would just be honest. “It’s like riding a bike,” I picture some Google executive finally admitting. Hey, I can dream.

“Should I switch from OpenOffice to LibreOffice or Microsoft Office?”

And there’s a word you don’t often see in a sentence mentioning those three companies: Partner. They’ve aligned with Cisco, Intel, Mozilla and Netflix to create a set of open source, royalty-free multimedia formats, starting with video. “The web was built on innovation without asking permission, and patent licensing regimes are incompatible with some of the web’s most successful business models,” Mozilla’s David Bryant explains in a blog post. Missing, of course, from this partnership is Apple. Because hell hasn’t frozen over yet and actually partnering with other companies would mean a chink in its lock-in strategy. We’ll get ’em.

“Amazon, Google, Netflix and Others Team Up for Royalty-Free Video”

That’s the headline The New York Times used for this same story. Because it can never try to diminish Microsoft—the world’s second-biggest technology company—in the eyes of its readers enough.

Google is finally fixing the memory issues in Chrome

When it was first introduced, Google Chrome was a model of lightweight goodness, and power users flocked to the web browser for its improved performance and extensibility. Today, Chrome is stuck in the mud. Usage of the browser is up only slightly in 2015, with less than 30 percent of the market, well below Internet Explorer’s 52 percent (but above Firefox, at 12 percent). Worse, Chrome’s performance has declined steadily over the years, and its memory consumption has skyrocketed, with users on portable PCs and Mac noticing that Chrome is a major battery hog. So what’s a poor browser maker to do? For starters, Google is going to fix the memory consumption issue: Chrome 45 reduces web page memory consumption by an average of 10 percent, but can save up to 25 percent on serious offenders like (irony alert) Gmail, Google claims. And by auto-pausing Flash content (read: advertisements) in non-visible tabs, Chrome is 15 percent more battery efficient. You know what’s even more performant and efficient? Right. Firefox. Look into it. Firefox also doesn’t track your movements around the web like Chrome does.

Not to stop collecting your data. Just to clarify how it’s doing so.

As expected, e-book sales have plummeted as publishers lash out at Amazon, raise prices

Publishers were thwarted in their attempt to collude with Apple to artificially and illegally raise e-book prices in order to prevent Amazon from running away with the market by standardizing on $9.99 books. So they’ve figured out a way to succeed beyond their wildest dreams, and have done so the old-fashioned way. They’ve simply renegotiated with Amazon over time and have raised the prices at which their e-books are sold. Which was smart—book publishers really get it—because e-book unit sales have plummeted this year, as have e-book revenues. How badly? This year, e-book sales are on a pace that is less than one-third those of last year. It’s almost like selling something for the right price—instead of artificially inflating the price—makes sense and triggers more sales, in turn generating more revenues. Oh, wait. Not almost. Idiots.