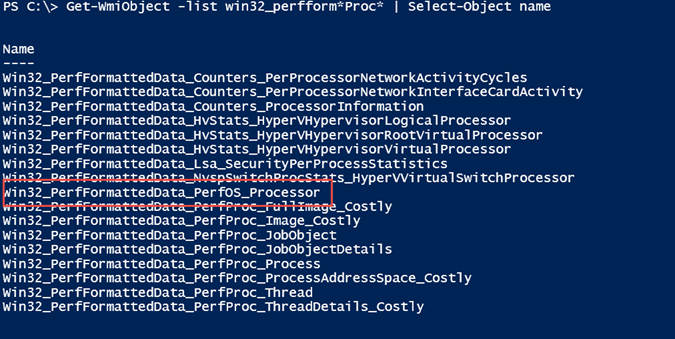 In a previous article, we began exploring techniques for gathering average processor load numbers. I demonstrated how to use WMI and PowerShell to query the Win32_Processor class. The scenario we are using is a real-world problem that someone posted in a PowerShell forum. Although you might not have this specific problem, I think you might learn a few things along the way.
PowerShell Processor Article Series:

Performance counter data can be accessed through WMI. This type of data if presented in both raw and formatted forms. Personally, I prefer the latter. Let’s find an appropriate class: