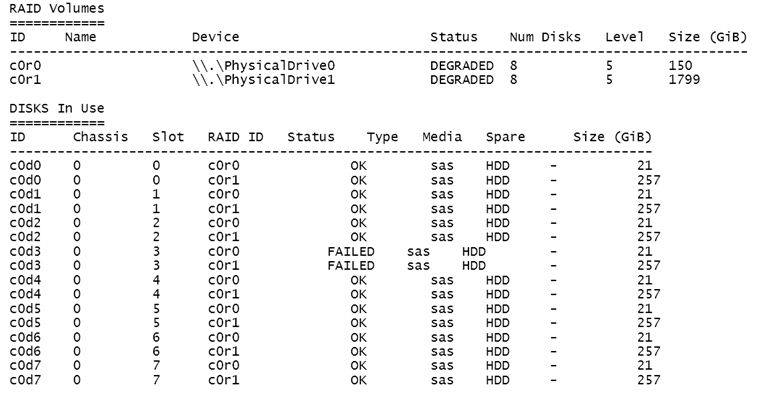 In today’s PowerShell Problem Solver, we’re tackling a problem that comes up often, which I’m sure I’ll write about again in the future.

A user at the PowerShell.com forums asked a question about how to parse output from what I’m assuming was a command-line utility. The command output looked like this:

For the sake of demonstration, I’m going to use a text file that contains this output. If you look at the output, you can imagine two different types of objects being displayed. I’m going to focus on the second part of the output, which is the “Disks in Use” section. Remember this is all text. I’m going to deviate a little from the original need for the sake of education. First, let’s say I only want to get the disks with a failed status. The quickest solution is to use Select-String.