How To Run Two 4k Monitors From Your Surface 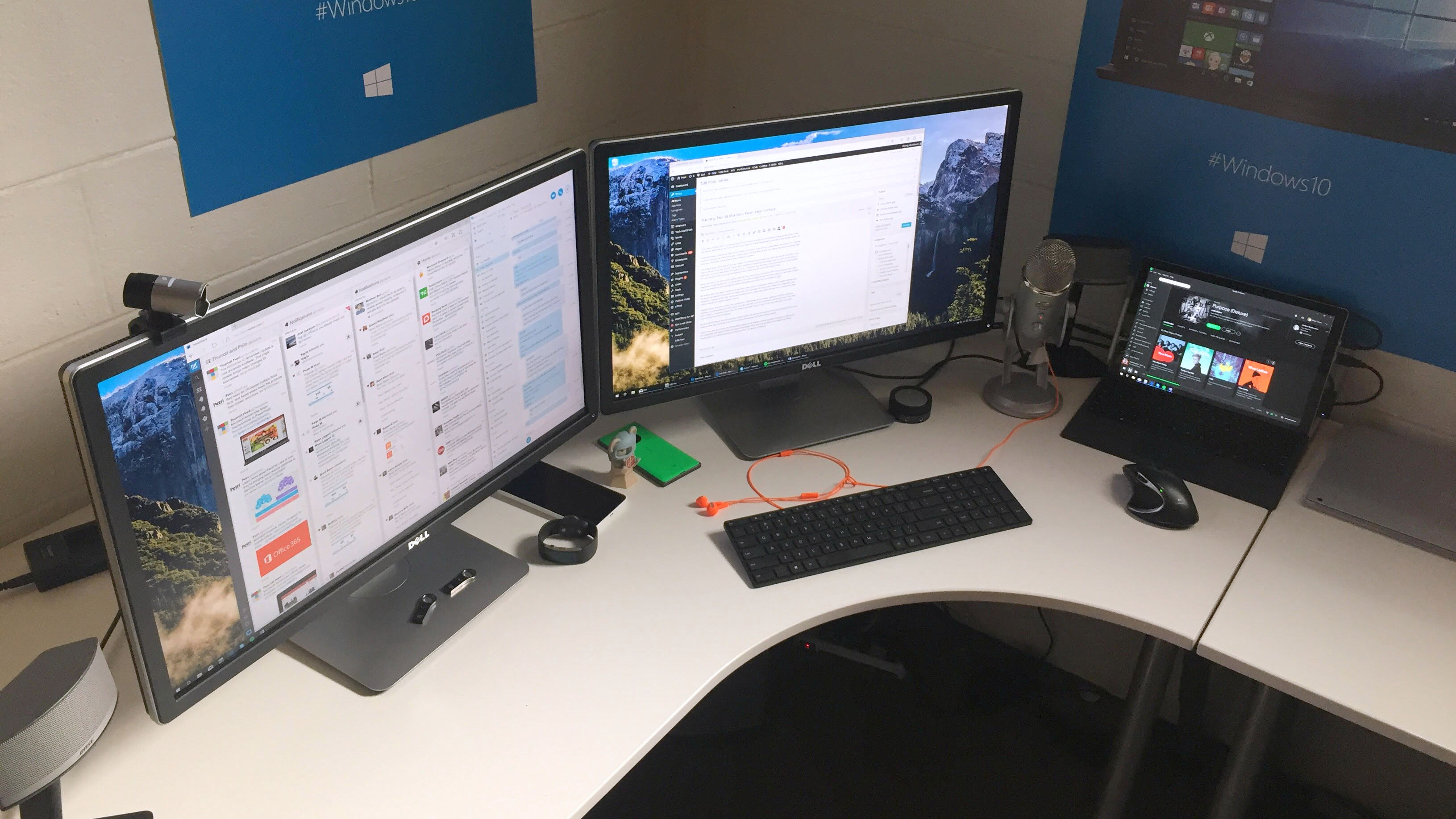 If you own a Surface Pro 4, there is a good chance you are looking at picking up the Surface dock. The device, which will set you back $199, is not cheap but it does expand the functionality of your Surface quite a bit.

Earlier this week, I ordered two Dell 27in (P2715Q) 4k monitors to use with my  Surface Pro 4. The process to get them up and running was a serious pain in the butt which is why I am writing this piece to hopefully help save you a few hours of time when trying to setup your system.

The Surface dock, which claims that it can support 2 4k displays is technically true, but it can only do so at 30hz. If you have never used a monitor at 30hz, it is an awful experience, everything feels sluggish and it’s about as annoying as watching a YouTube video where the audio is off by ½ a second. But, according to the documentation for the Surface line, you should be able to run two 4k displays at 60hz, which you can, but not through the dock.

To run two monitors at 60hz with the dock, you must use one port on the Surface dock and the other DisplayPort on the Surface Pro 4. Any other arrangement will not work, it took me a few hours to figure this out as Windows doesn’t provide any helpful information and simply locks the displays to 30hz.

My favorite part of this entire experience is that when I was trying to arrange the monitors in the modern Settings app, the layout was displayed backwards. No matter what I did to arrange the multi-monitor setup, the configuration was backwards. Opening up the older control panel had the proper configuration which allowed me to complete the setup process and get the displays aligned correctly.

Unfortunately, this was not the end of my struggles with the dock as another error in Windows kept popping up. 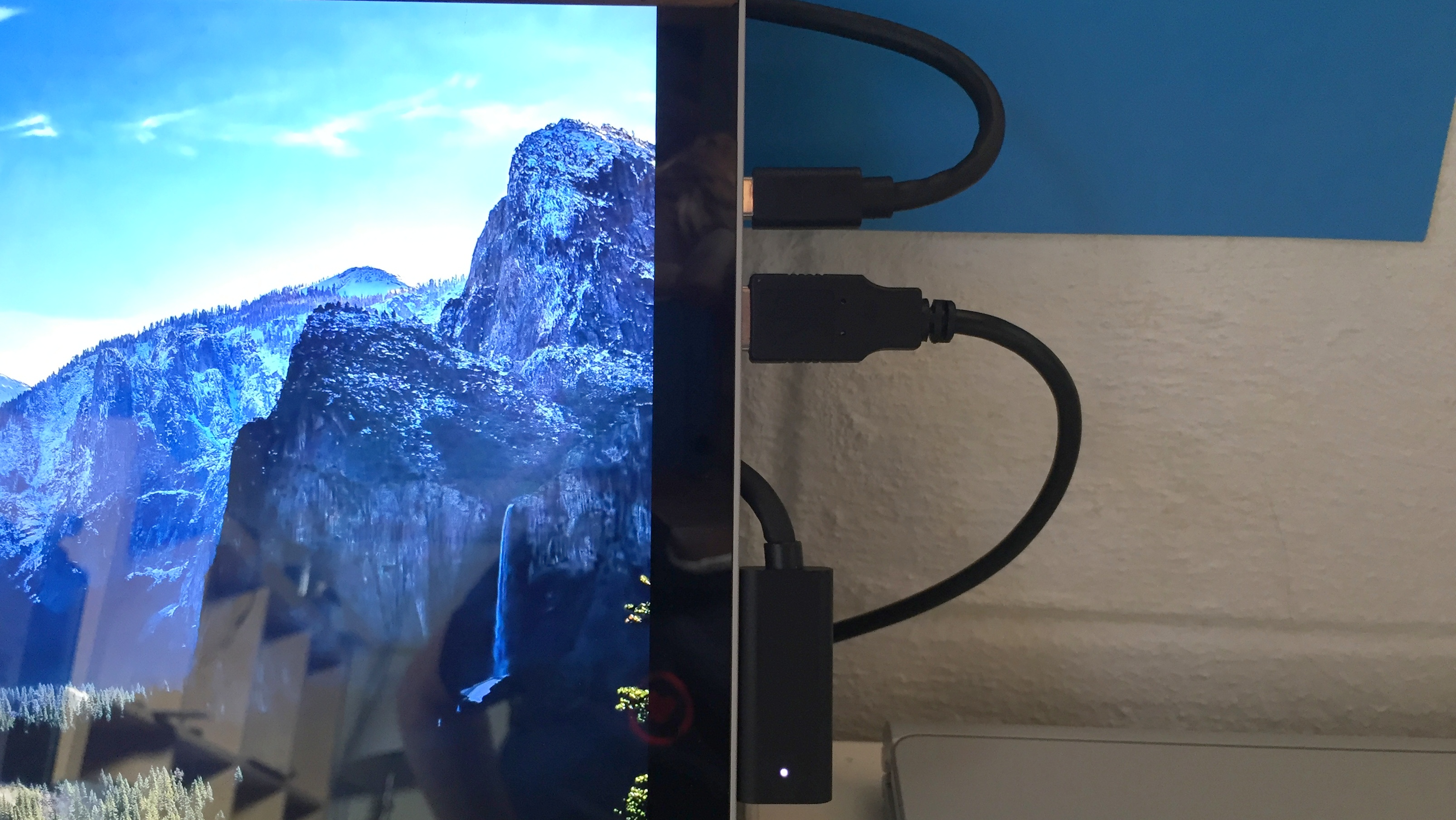 Plugged into my dock was a Blue Yeti microphone, a USB dongle for my mouse, a webcam and Bose speakers (speakers are self-powered) and this caused the USB controller to run out of resources which kills the dock. To fix this, I have to plug my microphone directly into the Surface and leave one port open on the dock otherwise it becomes overburdened and stops functioning.

My hope was that the dock would create a clean solution for running two monitors and all my peripherals but the end product is less than ideal here. If you are not running 4k displays, the dock works wonderfully but when you get near the edge of high end computing environments, the experience breaks down.

But what about the Surface Book? Well, that device cannot run two 4k displays at 60hz because the dock connector is too large to plug into the book while using the built-in DisplayPort connector.

And for those who are curious, the SP4 handles pushing two 4k displays just fine but when podcasting, it reaches its max capabilities and begins to feel a bit sluggish. Admittedly, that’s quite a bit of stress on the system with its weaker graphics solution but should hopefully give you a decent reference of what the i5 Pro 4 is capable of handling.