New Features Start Showing up in Azure Portal Ahead of Ignite

Some of the new Azure features that will be announced next week at Microsoft Ignite have been appearing in the Azure Portal in the last few weeks, and some have already been announced online. This post will look at some of the Azure storage news we know in advance of the humongous conference.

Microsoft has been looking at how to improve the user experience in the Azure Portal since the first day that it was launched. It looks like the “blade” approach is coming to an end. Blades have been the buts of many a joke since the Azure Portal was launched in preview as Codename Ibiza – some wondered if every Azure operator should get an 84” Surface Hub to offer the acres of screen space that were required in the early days. Things did improve quite a bit, but Microsoft still had empirical data to show that improvements were needed.
The first sign I had of this in the Azure Portal was the new tabbed UI for Application Security Groups – a way to group NICs for Network Security Group firewall rules. Briefly last week, some saw a glimpse of the new tabbed experience for Azure VMs before it was withdrawn – but it is back again. And this UI is also available for creating storage accounts. 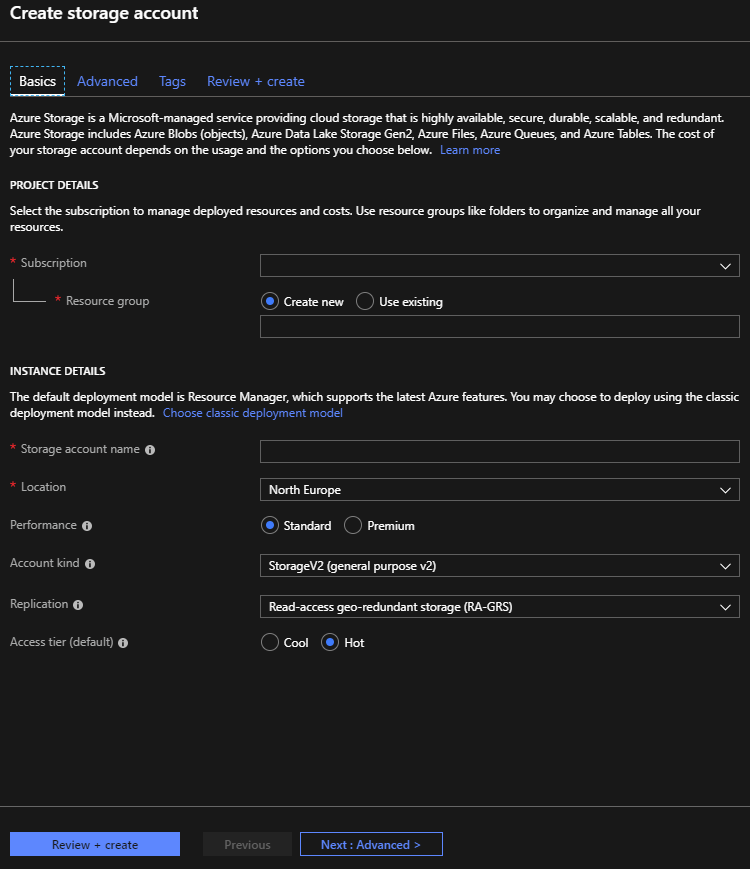 The tabbed UI proves a smoother approach, without the “jerkiness” of a new blade appearing as you progress through a creation process. It also allows the teams to use the space in the portal more efficiently – the entire screen can be used for a single tab instead of reserving screen space for vertically drawn blades.
I welcome the new user interface, but the defaults need some work! RA-GRS is the most expensive option, which I have never deployed in production, and GPv2 storage accounts are also rarely used by me, because their x125 higher transaction costs are prohibitive for infrastructure deployments.

Some industries have a need to retain data in a write-once read-many (WORM) format. This kind of storage can end up with huge capacities of data. That would make you think that cloud storage, block blob storage to be specific would be suitable:

I previously discussed the Azure WORM storage option when it was in preview and you can read the “how to” there. The main things to know is that immutable storage for blobs requires :

I suspected that managed disks, which were in a preview limited to the North Europe region, would either go into a more widely available preview or general availability at Ignite. I’ve been playing in the Azure Portal today and just noticed that the Create Managed Disk blade doesn’t say (Preview) after Standard SSD. 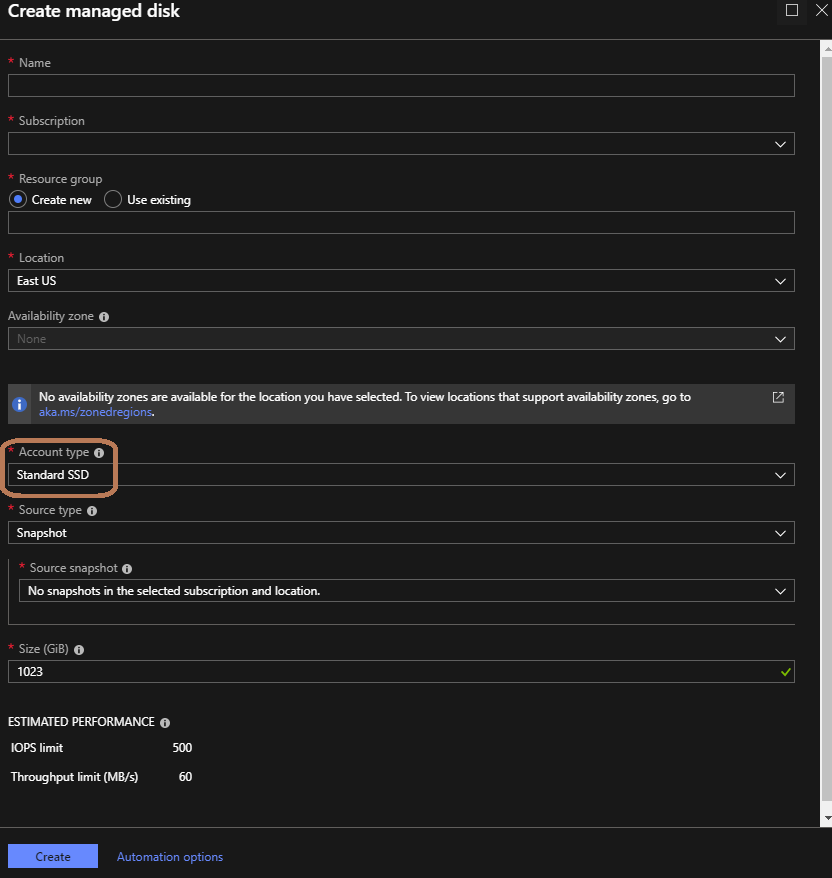 Standard SSD will be awesome, especially if they retain pricing similar to the preview pricing which has a lower per GB cost than Standard HDD disks, albeit with higher transaction charges. The reasons to select Standard SSD over Standard HDD will be the more even flow of data that flash offers, plus they will provide lower latency. You will still choose Premium SSD for the single machine SLA, and higher IOPS/throughput.