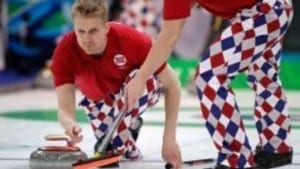 In this Ask the Admin, I will look at centralized versus distributed version control in Visual Studio Team Services (VSTS). I will also look at how to choose for your Infrastructure-as-Code project.

VSTS is a source code management solution for developers that is based on an Azure-hosted version of Microsoft’s Team Foundation Server. It includes Git and Team Foundation Version Control (TFVC), integration with Visual Studio 2017, team collaboration tools, and features that enable continuous integration.

For more information on VSTS, see What Is Visual Studio Team Services? on the Petri IT Knowledgebase.

Git is an opensource distributed version control solution that allows developers to download code from a server, make changes to the code locally, and perform operations, such as comparing and viewing history. This is done without needing to maintain a connection to a server.

Unlike most version control solutions, Git’s lightweight path-independent branching allows developers to quickly create new branches, usually one for each new feature they are working on so that they can work on code without affecting the main branch. Once a developer has completed the code in a branch, it can be merged, published, or deleted as needed. If needed, we also have instructions on how to check a remote Git branch on Petri.

Microsoft’s TFVC is a centralized version control system where members usually have one version of a file on their local PCs. TFVC branches are path-based and created on the server.

But TFVC’s path-based branching is useful for reducing risk among feature teams and releases where functionality being integrated by different teams is co-dependent. Unlike TFVC, files cannot be locked in Git and granular permissions can apply only to a branch or repository. Additionally, TFVC scales better than Git because server workspaces ensure that only one copy of a file is present on developers’ PCs. Finally, code in TFVC can only exist on one server, whereas Git allows repositories and commits to be pushed to multiple sources.

In this article, I explained the differences between Git and TFVC version control solutions.