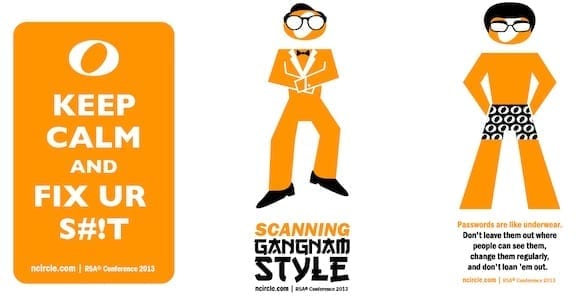 I’ve been at the RSA Conference 2013 for most of this week, and like many attendees, I’ve listened to my share of sessions, met a few dozen very smart people, posted a few articles, and made an appearance at a number of vendor receptions and parties. One of my favorite pastimes at every trade show is to observe the lengths to which some vendors will go to get attendees to come by their booths and hear their sales pitch, and this year’s RSA Conference is no exception.

One of the most effective and time-honored ways for conference exhibitors to attract attention is by giving out free t-shirts. While some vendors go the safe, boring route — a t-shirt with a company logo — others go the extra mile by creating clothing that provides a witty commentary on the event or the industry itself.

So I’ve gathered up a few of the better t-shirts I’ve seen at the show, culled from my own first-hand observation and some perusing of the #RSAC Twitter hashtag. If you’re an #RSAC attendee that would like to point out a shirt I’ve missed — or you represent a vendor and think your shirt is noteworthy enough to make the cut — drop me an email, add a comment to this post, or reach out to me on Twitter. I’ll be glad to add your shirt photo along with a link to your Twitter account and a hearty hat tip in your direction. 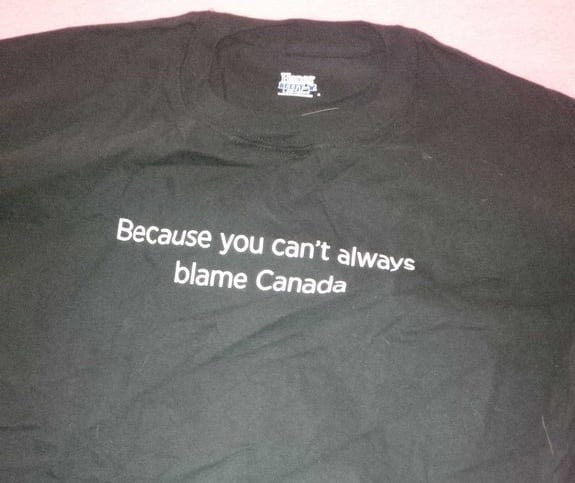 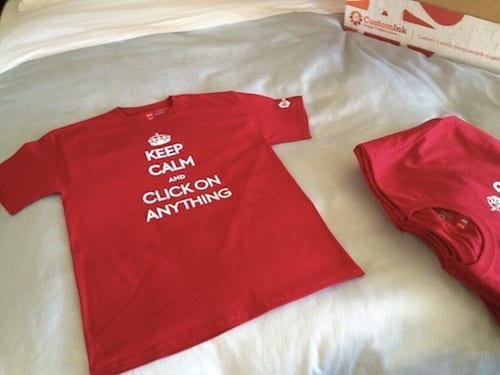 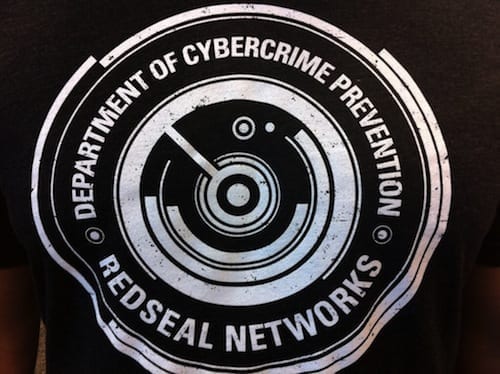 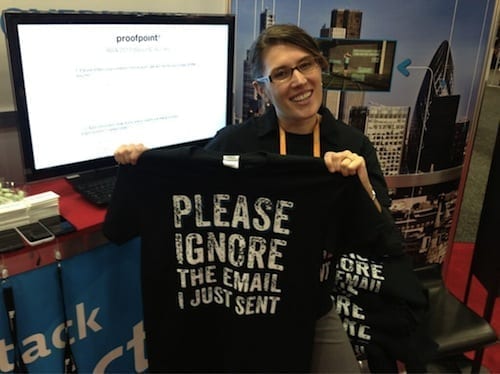 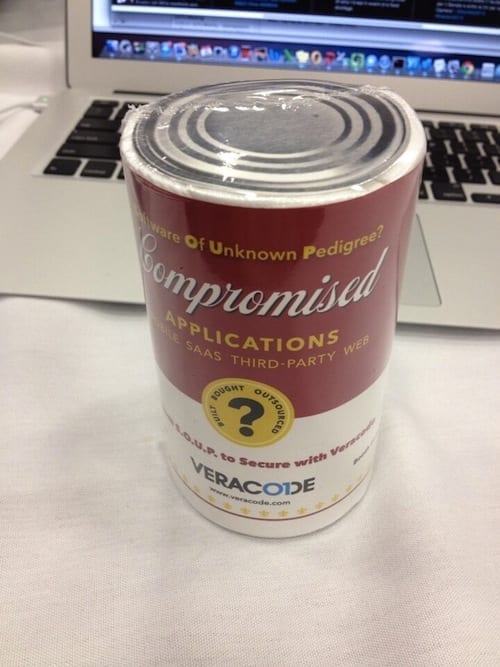 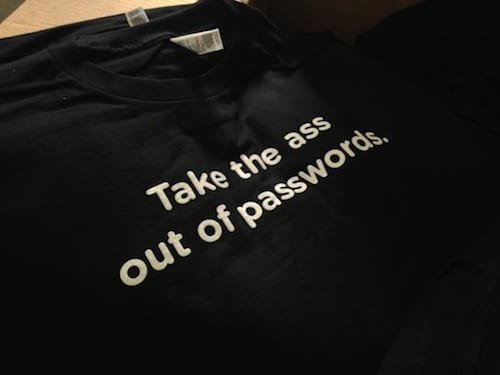 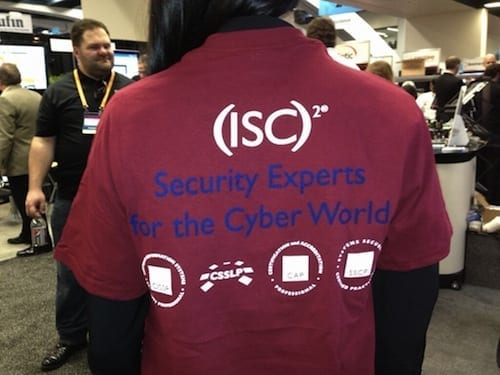 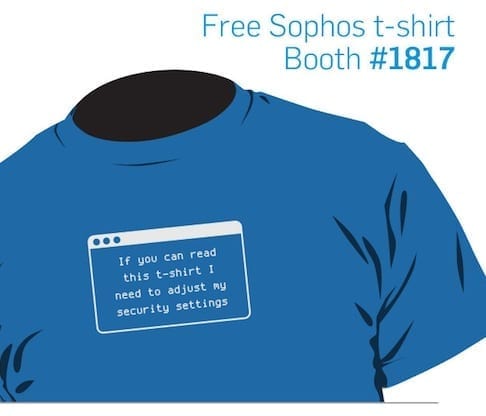 Have any favorite RSA Conference T-Shirts of your own you’d like to share? Drop me an email with your favorites.