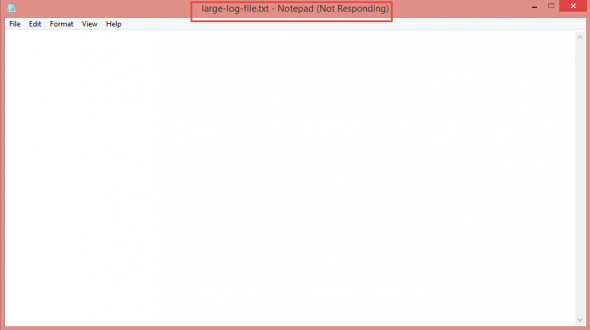 As system administrators, we commonly have to deal with log files. This also rings true for developers, DBAs, and standard support personnel, as well. Regardless of who performs the task, the task itself is identical: Pull a log file from a local or remote server, open it, find some specific text string, and try to troubleshoot the system, application or code.

These files can be in many formats, sizes, and encoding types. Files may or may not contain the text in specific formats, such as CSV and LDF. Huge text files may also differ by the number of lines they contain and the reason for opening the files may also differ.
Regardless of the difference in file formats, one thing is certain: In Windows, the built-in text editing application, Notepad, is incapable of opening such files.
Trivia: Back in the days of Windows 3.11, Notepad was capable of opening files less than than 45 KB. In Windows 95, this limitation was extended to 64 KB.
Unfortunately, I could not find any new documentation for these limits. I tried looking for a current and update file size limit for Notepad under Windows 7, 8, or 10. I couldn’t find a concrete answer on Microsoft’s website or MSDN. So I did some testing, and what I found was that Notepad in Windows 8.1 was able to open large files, up to 524,288 KB (0.5 GB).
Attempting to open such a large text file in Microsoft Notepad in Windows 8.1 produces the following effect while Notepad is trying to load the file:

Eventually, the file did open.
I wasn’t able to open a file larger than that. Next, I attempted to open a 1 GB file and received the following error:

The XYZ.txt file is too large for Notepad.
Use another editor to edit the file. 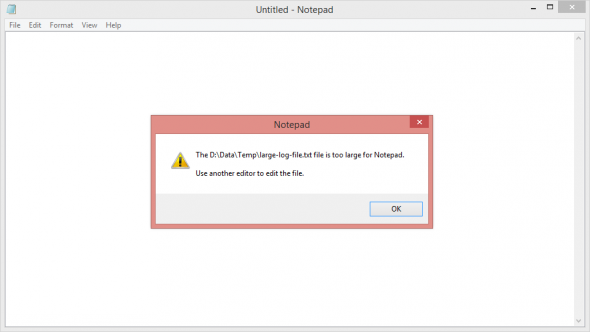 Notepad was unable to open the file.
So, how do we open file larger than 1 GB in Notepad? Here come the third-party freeware tools to the help! I’ve put up a list of some of my favorite text editing apps, specifically the ones that are capable of opening huge files. Note that some great text editors, such as Notepad++ are omitted from this list because they are limited in file sizes.
Also note that this list is not a full list of all the tools available, it’s simply a list that outlines tools that I found useful for the task. Do you have other suggestions? Write to me, and I will gladly add them to the list. In addition, all tools listed below are free.

This is a very useful tool for viewing very large text files. It uses little memory and is able to open large files instantly. It doesn’t require any installation, just download the executable, place it in a folder of your choice, then run LTFViewr5u.exe, drag and drop the file you want to open, and the tool will immediately load the file and make it available for analyzing. 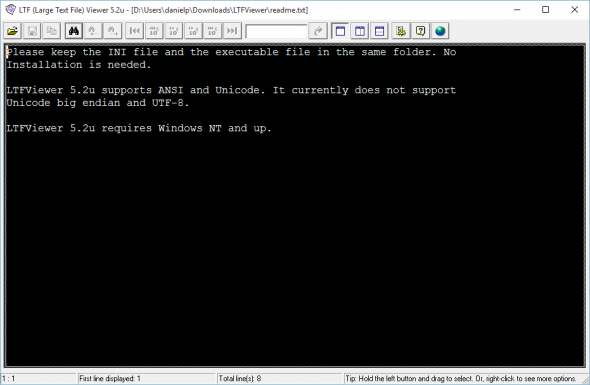 The EMEditor supports powerful macros, Unicode, and very large files. It is available in both 64-bit and 32-bit builds. 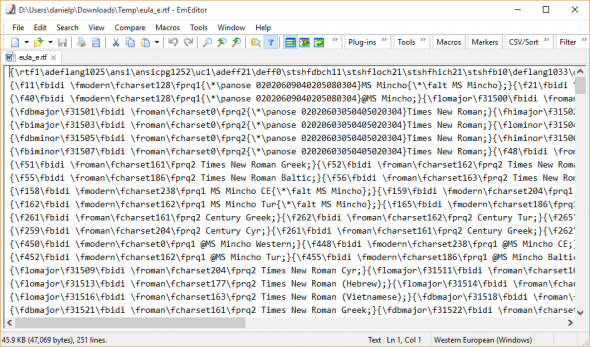 The free Universal Viewer can open many different formats, including text and binary. Note that some users complain that it’s not fully portable, yet others said it was the only tool capable of opening specifically formatted files. So I guess your milage may vary, but I thought it was still worth mentioning. 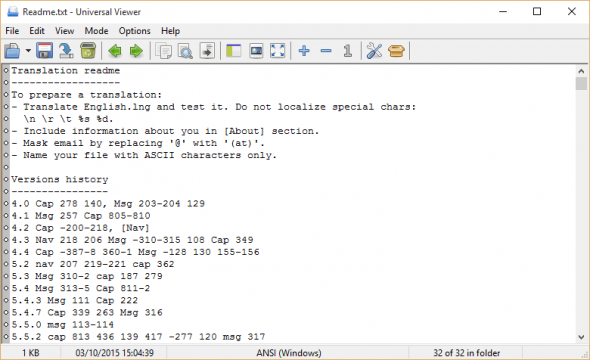 If you’re interested specifically in reading huge log files you may find LogExpert to be valuable. It is a Windows tail program and serves as a GUI replacement for the Unix tail command. 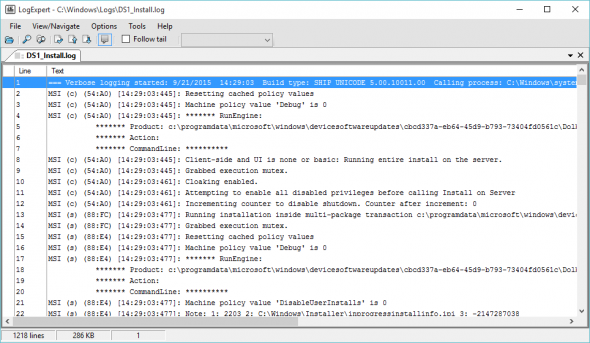 The GVim editor is very useful for editing programs and other plain text files. All commands are given with normal keyboard characters, so those who can type with ten fingers can work very fast. Additionally, function keys can be defined by the user, and the mouse can be used. 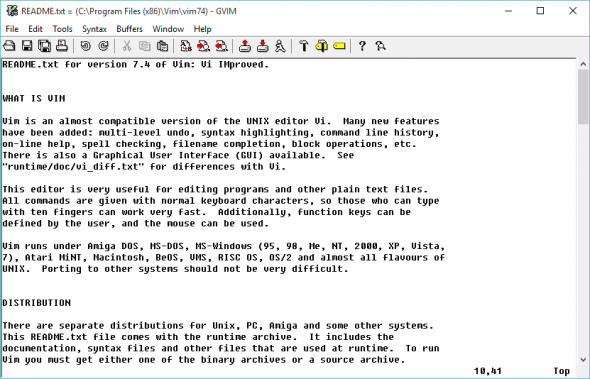 Emacs is a well known UNIX text editor, mostly known for its extensibility, and it has several ports to Windows. This is one of them. 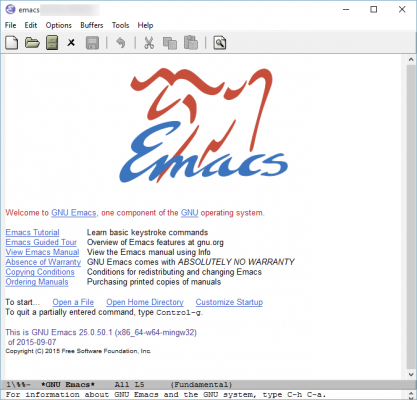 I hope you found my list of free tools useful. Please let me know in the article comments if you think any should be added to the list.