I last visited virtual desktops in Windows 10 when the OS was still in preview. But now it’s time to look at this feature again to see how it’s matured since initial conception.

Microsoft has made some small but important changes to virtual desktops since the feature was in preview. The firstchange is that when an app that is pinned to the taskbar is open on another desktop, you don’t see any indication of that. In preview, Windows would mark the app as open in the taskbar, even if it wasn’t visible on the active desktop. 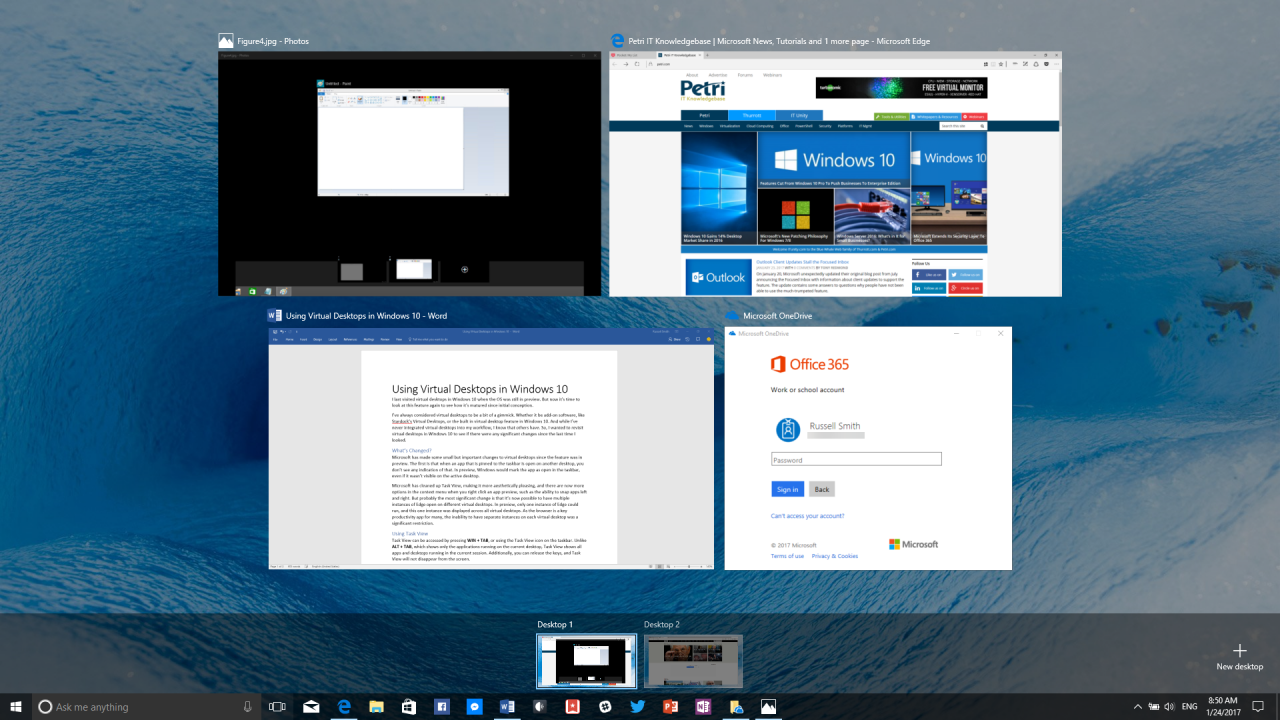 Microsoft has cleaned up Task View, making it more aesthetically pleasing, and there are now more options in the context menu when you right-click an app preview, such as the ability to snap apps left and right. But probably the most significant change is that it’s now possible to have multiple instances of Edge open on different virtual desktops. In preview, only one instance of Edge could run, and this one instance was displayed across all virtual desktops. As the browser is a key productivity app for many, the inability to have separate instances on each virtual desktop was a significant restriction.

Task View can be accessed by pressing WIN + TAB or using the Task View icon on the taskbar. Unlike ALT + TAB, which shows only the applications running on the current desktop, Task View shows all apps and desktops running in the current session. Additionally, you can release the keys, and Task View will not disappear from the screen.

The easiest way to create a new virtual desktop is to press WIN + CTRL + D or open Task View, and then click + New desktop in the bottom right corner of the screen. Another option is to open Task View, right-click a running app, and select Move to > New desktop from the context menu.

For more information about keyboard shortcuts in Windows 10, see Learn the Most Useful Windows 10 Keyboard Shortcuts on the Petri IT Knowledgebase.

Running apps can be moved to a different desktop in Task View. Right-click the app preview and select Move to > New Desktop or Move to > Desktop X, where X is the number of the desktop you want to move the app to.

In this article, I showed you how to use virtual desktops in Windows 10 and outlined the changes Microsoft has made since the feature was in preview.