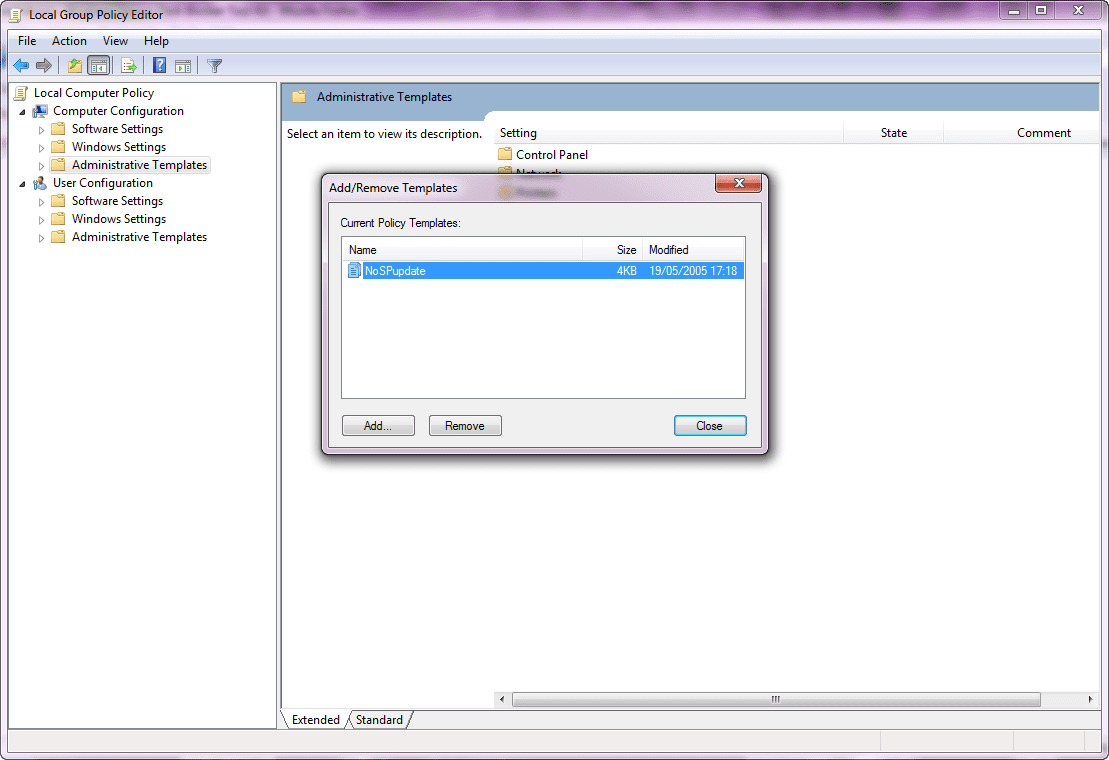 Microsoft began to distribute Windows 7 and Windows Server 2008 R2 Service Pack 1 (SP1) as a high-priority update through Automatic Updates. However, as with most large corporate environments, IT organizations may want to delay the introduction of a new Service Pack until they have tested compatibility with internal applications and sites.
Microsoft created a tool called “Windows Service Pack Blocker Tool Kit” to stop it from updating your servers and workstations without your permission. Unlike the Blocker Toolkit for IE9, this tool does have an expiration date – the 22nd of February 2012. The tool and can be configured either by running the registry file on the client machines or through Group Policy in domain joined environments.

The tool contains three components. All of them function primarily to set or clear a specific registry key that is used to detect and block download of Service Packs from Windows Update. You need to only use one of the components, the one that best serves your organization’s computer management infrastructure.
The components are:

The executable creates a registry key on the computer on which it is runs that blocks or unblocks (depending on the command-line option used) the delivery of a Service Pack to that computer through Windows Update. The key used is HKLM\Software\Policies\Microsoft\Windows\WindowsUpdate.
Key value name: DoNotAllowSP 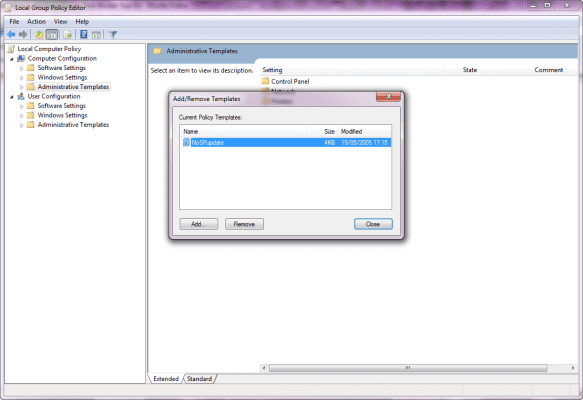 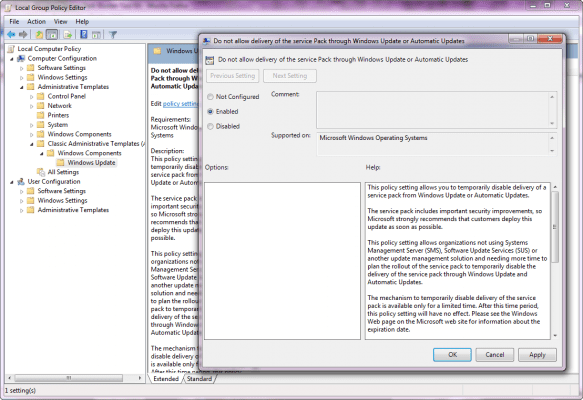 Please note that this toolkit will not prevent the installation of the service pack from CD/DVD, or from the stand-alone download package. This simply prevents Windows 7 and Windows Server 2008 R2 Service Pack 1 (SP1) from being delivered over Windows Update.