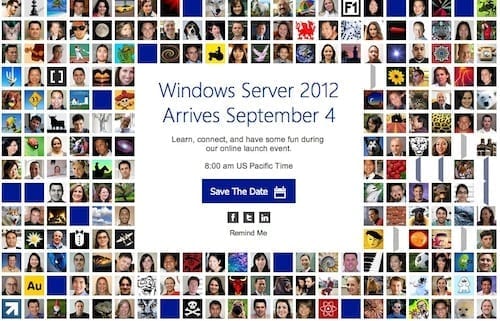 Microsoft will announce a bit later this morning — via an online launch event slated to begin at 8:00am Pacific Time — that Windows Server 2012 is now generally available for purchase and download. Download 180 Day Free Trial of Windows Server 2012.

Are you planning to upgrade to Windows Server 2012 in the near future? Tell me what you think by adding a comment to this blog post or continuing the discussion on Twitter.