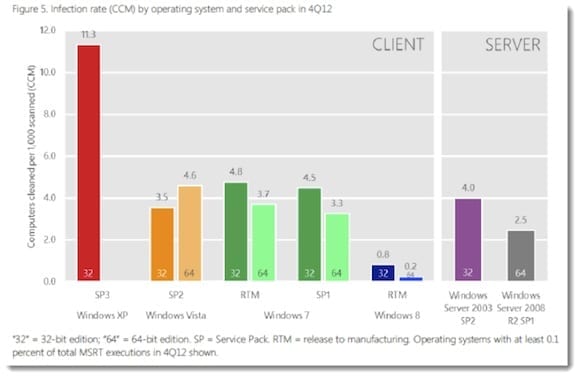 Windows XP was first released in late 2001, and it has since become one of the most successful and widely deployed Microsoft desktop operating systems. With good reason, in fact. Windows XP was the first consumer desktop operating system that leveraged the Windows NT kernel. Windows XP introduced features such as the side-by-side assembly that permitted the installation of globally shared code libraries, effectively eliminating the “DLL hell” that plagued earlier versions of Windows.

All of this resulted in an operating system that was much more stable, reliable, and efficient than previous Windows desktop operating systems. But often good things don’t last, and this operating system is no exception. Due to issues with Windows XP security and Microsoft’s upcoming discontinuation of support, it would be in your best interest to migrate to Windows 8.

Windows XP Security: All Good Things Must Come to an End

No question that Windows XP has had a good run, but sadly, all good things must come to an end. Although Windows XP as a consumer desktop operating system still works well today, there are many important factors that should compel you to migrate to one of the newer releases of Windows. Chief among those are Windows XP security concerns. Development on Windows XP began in the previous century, and in the years since its initial release, the world of computing in general (and the threat landscape specifically) has changed dramatically. Windows XP was certainly more secure than its predecessors, but it is important to realize that the Windows XP codebase was conceived well before Microsoft’s Trustworthy Computing Initiative, and long before the Security Development Lifecycle was introduced. Because of these factors and others, Windows XP lacks some of the important new security features that Windows Vista and 7 have, and it doesn’t even come close to providing the level of protection that Windows 8 does.

Great strides have been made with regard to security in the latest release of the Windows desktop operating system. Windows 8 includes many features and enhancements that make it much more resistant to malware. For example:

Internet Explorer 10 – IE10, included with Windows 8, features Enhanced Protected Mode, restricting web browser access to locations that contain personal information, such as the My Documents folder. To further enhance web browser security, the modern UI version of IE10 always runs in Enhanced Protected Mode and does not support the use of browser plug-ins, which have become a popular attack vector.

SmartScreen – The SmartScreen feature was first introduced in Internet Explorer 8 as a method to prevent the downloading of malicious software by comparing the URL to a database of known malicious download sites. With Internet Explorer 9, SmartScreen was further enhanced by extending SmartScreen functionality to support application reputation, preventing software from being executed if the software did not have a reputation for being safe. In Windows 8, SmartScreen is now integrated with the operating system so that its protection can be extended to third-party web browsers.

Operating System Kernel Improvements – Windows 8 includes many “under the hood” security enhancements to prevent system compromise. Address Space Layout Randomization (ASLR) is a feature of the Windows operating system that randomizes the location of code and data in memory to prevent attacks that rely on its predictable location for successful attack. Changes to the Windows kernel and heap extend many of the OS protections that previously only applied to user-mode applications to kernel mode processes. Integrity checks have been added to the kernel pool memory allocator that prevent corruption attacks, and additional randomization and guard pages ensure that heap overrun exploits will not be successful.

If the new security features of the latest Windows desktop operating systems aren’t enough to compel you to migrate from Windows XP, there’s one more important consideration that should hopefully change your mind: After April 8, 2014, Microsoft will no longer provide support for Windows XP. Now, you might be thinking to yourself that official support from Microsoft isn’t that important. After all, many, and perhaps most consumers have never called Microsoft for support for their Windows XP system. However, the end of support for Windows XP also means that Microsoft will no longer produce security updates for XP, and that is definitely a show-stopper. Since Windows XP lacks the malware resistance provided by modern Windows desktop operating systems, Windows XP is much more frequently infected. Looking at data from the latest Microsoft Security Intelligence Report (SIR) Volume 14, you can see that Windows XP is infected exponentially more than Windows 8.

Now, if you’re thinking this is because the installed base for Windows XP is much greater than it is for Windows 8, consider that this data has been normalized. Here, the graph represents the number of infections per 1000 systems scanned. As you can see, the security features of Windows 8 make it significantly more difficult compromise.

With Windows XP support ending on April 8, 2014, it’s time to start planning to migrate to the latest release of the Microsoft Windows desktop operating system. Security updates will no longer be available when support for XP ends, but rest assured the exploits will continue. Windows 8 includes comprehensive, OS-integrated protections that make it increasingly difficult to compromise the system. With integrated virus and malicious software protection, improvements to Internet Explorer, and enhancements to the underlying operating system components, the infection rate has been reduced dramatically. Begin planning your migration to Windows 8 today so you won’t be left unprotected. 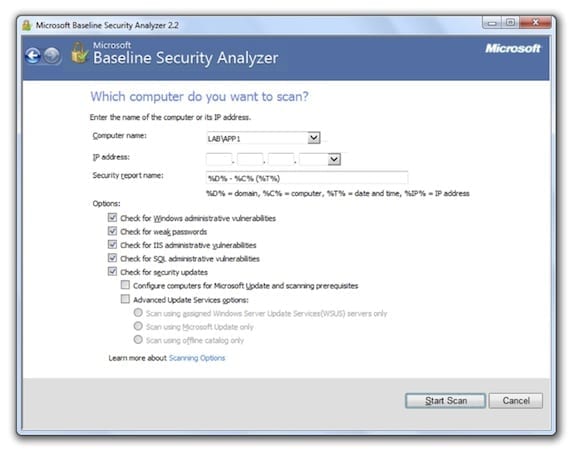