After it was pulled, the company uncovered another data deletion bug that was related to zip files. And while the company has released a new version of 1809 to insiders, for those who are not participating in this release, the company is not communicating anything about when it will be released; it could be tomorrow or it may not arrive until December.

For consumers, this isn’t all that big of a deal. Even for corporate customers, this does not impact anyone negatively other than for planning purposes, this could shift a few plans.

But for OEMs, this is a major headache and having talked to a couple of them off the record, they are not only stuck between a rock and a hard place, but they are also dealing with shipping hardware on untested software.

It’s no secret that the holiday shopping season is a crucial time for every retail company. Black Friday got its name from being a day when retailers would become profitable, or move into the black, for their annual sales and this year is fraught with challenges because of the delay of 1809.

For any OEM who built a laptop and was planning to ship it this fall with 1809, the challenges here are obvious. If they were using pre-release builds to validate their hardware knowing Windows would be updated to this release in the fall and then were forced to ship with 1803, there could be serious unforeseen issues with compatibility.

But this may not be the biggest issue with this release, companies who created marketing material for their devices that highlighted features from 1809 can’t start using that material until this version of Windows 10 ships. Considering that we are about 7 weeks from Christmas, the clock is ticking louder and louder each day that passes.

Heading into the holiday season, Microsoft began pitching ‘Always-connected PCs’, these devices used ARM-based CPUs, had LTE, and featured excellent battery-life. While the device category isn’t exactly new, there are new products running a SnapDragon 850 processors from Lenovo and Samsung which all parties involved hope would be big sellers this year.

I went to BestBuy today and found a Lenovo device with a Snapdragon 850 in it and it was running 1803. If you look at Microsoft’s official support documentation for versions of Windows and processors, the 850 is only designed to run on 1809 which is, right now, the Schrodinger’s version of Windows. Which means that the devices that are being sold today, with a Snapdragon 850, are shipping with an untested iteration of Windows. 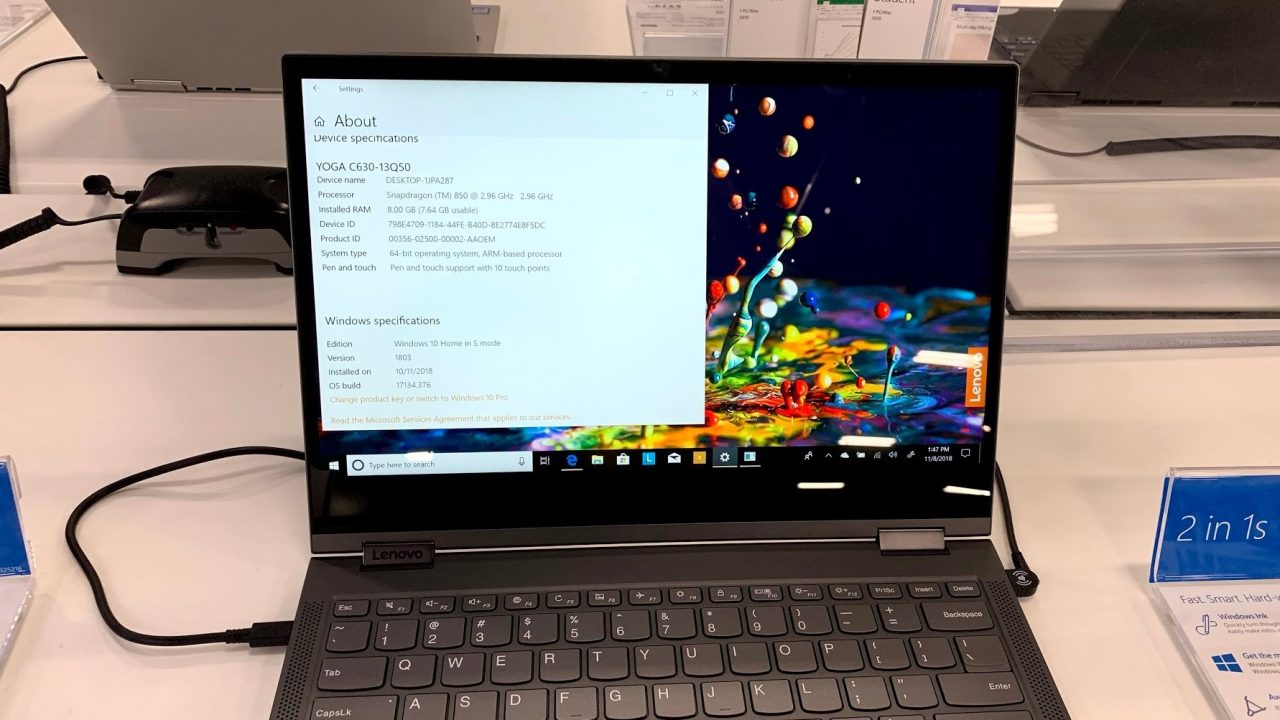 Worse, companies like Samsung and Lenovo are taking the biggest risk with these devices. They are backing a Microsoft initiative to move away from Intel and experiment with ARM and for their loyalty, Microsoft is not upholding its promise to ship a version of Windows on time.

Time and time again, I was told that Microsoft should ship 1809 when it is ready, and I do agree. The problem is that most people think about this from the consumer or end-user perspective, but from the OEM viewpoint, they are making serious bets about the availability of each version of Windows 10.

Microsoft’s decision to change how it tests software has proven to be a giant disaster. Yes, they are shipping versions of Windows faster, but on key releases for 2018, they missed both of their publicly stated deadlines. Even though Windows is less of a priority for Microsoft these days, the current development and shipping process is not sustainable and is starting to impact their most loyal partners.

[Update] Microsoft has quietly updated their documentation support to say that the 850 is now supported on 1803. While this could be a possible oversight by Microsoft and they forgot to update their documentation, the genesis of this post was that a Microsoft partner stated they were promised 1809 when the 850 chip shipped which did not occur.